How the network builds on its legacy. Detective fiction fans have Sherlock Holmes, but for advertising folk only one guy with a pipe really counts. His name was Ogilvy – David Ogilvy.

The ultimate “mad man” learned his trade in a variety of ways, from helping out in a Parisian kitchen (which taught him leadership, he said), to selling expensive ovens, farming, working with the researcher George Gallup and – during the Second World War – a spell in British intelligence.

Of course there was nothing “mad” about Ogilvy. A copywriter of genius, he was also entirely rational, basing his creative work on solid research. For example, a visit to the Rolls-Royce factory led to one of his greatest lines: “At 60 miles an hour the loudest noise in this new Rolls-Royce comes from the ticking of the electric clock.”

Ogilvy was studying “consumer insights” and plotting “the customer journey” long before these became standard industry practice. In fact, many of the rules of the advertising game were first established by the dapper Englishman.

Today, the Ogilvy network reflects its founder’s legacy without succumbing to nostalgia. Indeed, as is clearly visible from the 2020 Epica winners, Ogilvy is always bang up to date. Right now, one could even say that it’s among those leading the conversation.

Take a look at the results section of our website. A triple Grand Prix for “Moldy Whopper” (via David Miami along with INGO Stockholm and Publicis), which adds up to truly game-changing advertising.

The awe-inspiring “Courage Is Beautiful”, portraits of medical workers that capture the tragedy and heroism of the pandemic. It was awarded two Golds at Epica last November before going on to win many other prizes around the world. And that’s not all. “Lifesaver”, for Volvo, turned motorists into first responders.

No matter what form they take, these ads push the boundaries of advertising. The guy with the pipe would be proud. 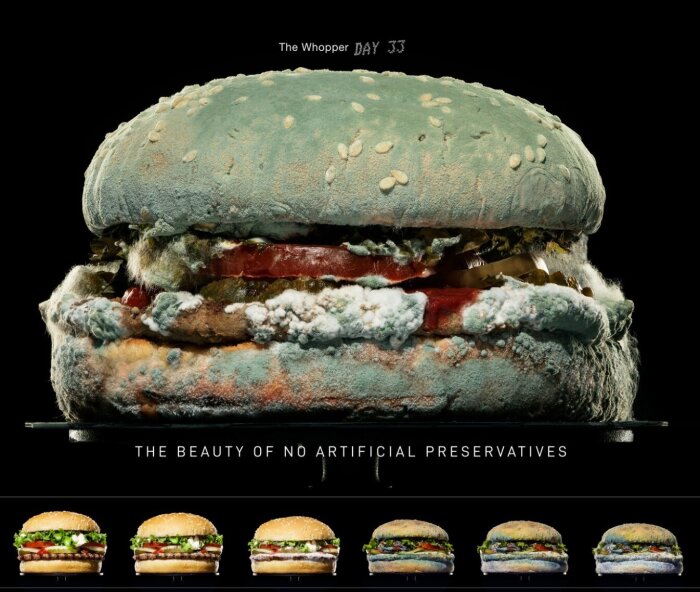