THE SCENE IS SET FOR ONE OF THE DEBATES OF THE YEAR: “WILL RESPONSIBILITY KILL CREATiVITY?” 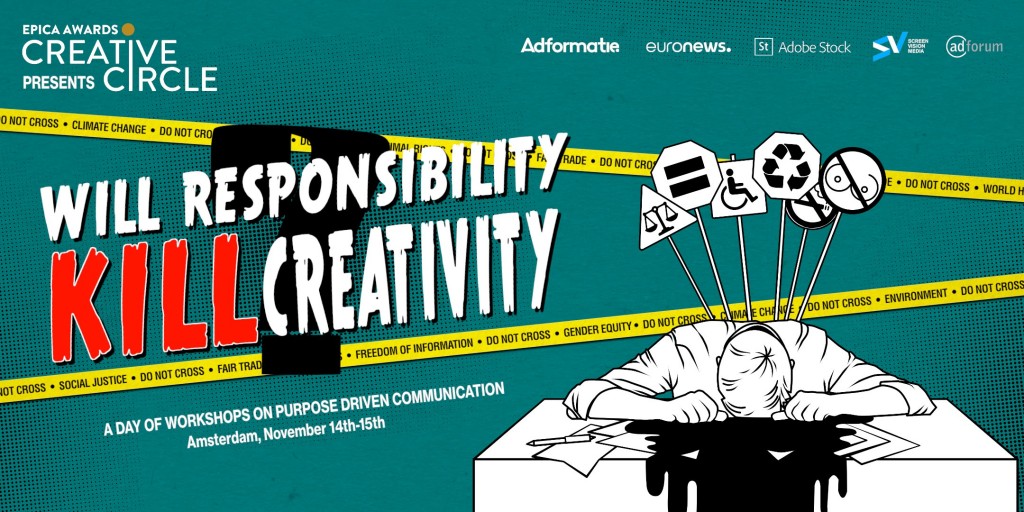 Is it still possible to create controversial or even non-politically correct campaigns?

That’s the question clients, agencies and journalists will be asking at the Epica Awards Creative Circle, which will take place in Amsterdam on November 15. The setting is the magnificent KIT Royal Tropical Institute, one of the city’s most remarkable buildings.

Taking part in a series of exclusive round table conversations are ABN Amro, KPN, Nuon, Philips and PWC. The agency side is represented by BETC, Cheil, DDB, Superheroes, We Are Social and Wieden + Kennedy. They are joined by journalists from titles such as Adweek, Adformatie, and Werben & Verkaufen.

The industry is embodied by opinion leaders from the EASA (European Advertising Standards Alliance), the IAB (Internet Advertising Bureau), the DDA (Dutch Digital Agencies) and the VEA (the association of Dutch communications consultants).

Issues such as gender equality, sexuality, diversity, political extremism and climate change are impossible to ignore yet fraught with risks for communicators. When does purpose-driven advertising becoming “cause washing”? Is it still possible to create controversial or even non-politically correct campaigns?

The media will no doubt report on thee event’s key findings. Students from the New School Amsterdam will also be present at the event, which is backed by partners Adobe, Euronews, Screenvision and the EASA.

Meanwhile, there are still places available for the Epica Awards ceremonyitself, from 7pm on November 14, when the Royal Tropical Institute will become the stage for a celebration of the world’s best creative work, as voted by the unique press jury of the Editors’ and Publishers’ International Creative Awards.