SAY IT WITH COLOURS: BEHIND THE RAINBOW HACK, RESPONSIBILITY GRAND PRIX

Continuing our series of Grand Prix focus articles, we look at the smart and daring Rainbow Hack. How did the stealth campaign come about? 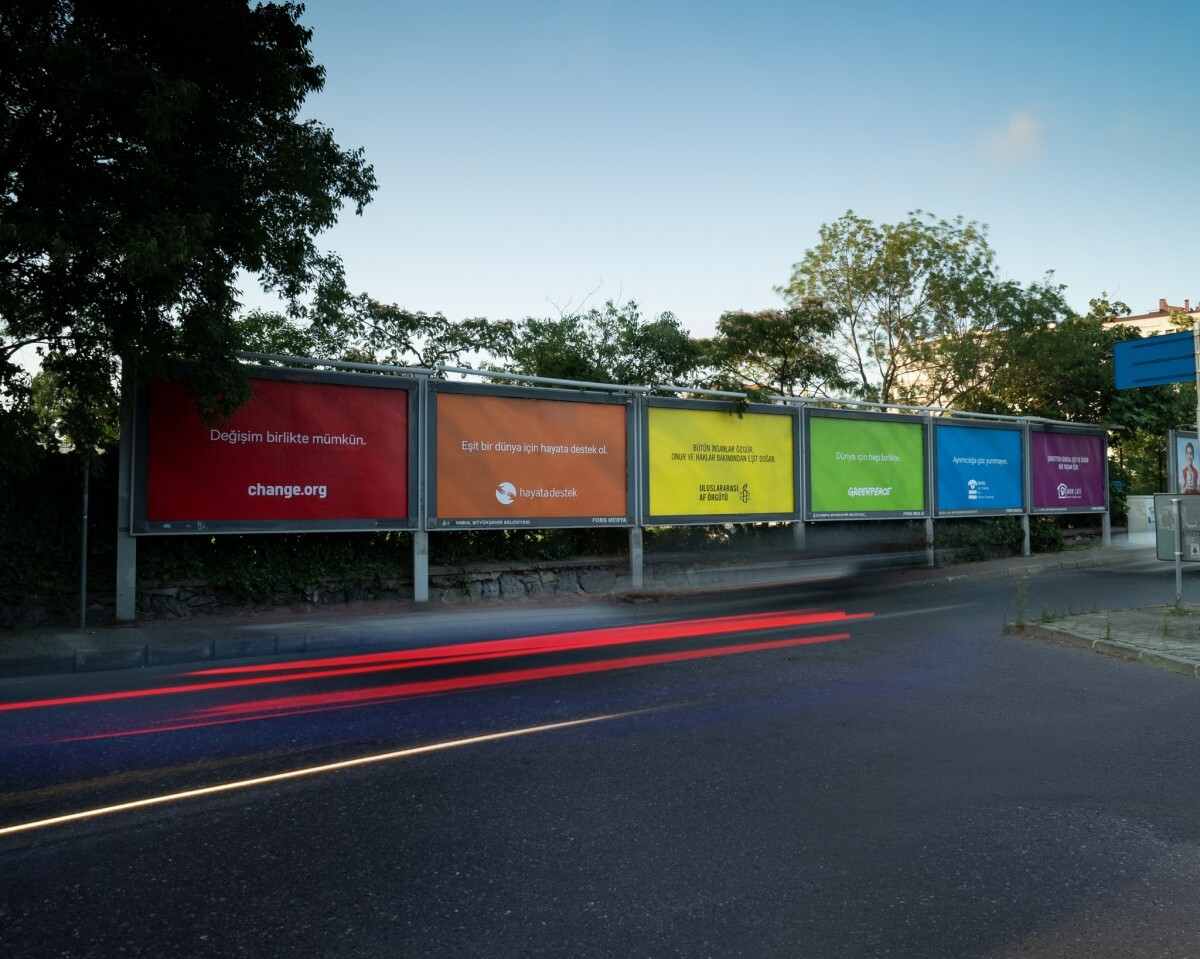 Most cause-driven campaigns feature just one organisation. “The Rainbow Hack” was supported by six – otherwise it couldn’t have happened*. They joined forces with VMLY&R Istanbul to ensure that the Pride rainbow was seen all over Turkey – a country where it’s outlawed.

The operation was, on the face of it, simple: posters for the six organisations were placed side by side. On their own, the posters were uncontroversial. Together, their colours clearly formed the rainbow flag.

Creative director Emir Yüksel says: “We’re constantly looking for creative ideas not only for our clients, but for worthwhile causes. As you may know, for many years the Pride flag has been banned in Turkey. In fact you can get arrested here for taking part in a Pride march.”

When stairs at a well-known seaside resort are painted with the colours, the local authorities repaint them grey. People whose masks show the colours are asked to remove them – even during a mask mandate.

“We wanted to do something about this oppression, so when the creative team talked about it together, the idea emerged. I’m sure it evolved a little over time, but the core idea was always to put six different posters together to form a rainbow flag.”

Was it difficult to convince the six NGOs concerned?

“Sometimes they were wary of taking the risk – a lot of them loved the idea but said they needed the support of the government for their work. It was also hard to find six NGOs with the correct brand colours for the rainbow. In the end, though, it was not as hard as it could have been, because the NGOs who could not get involved helped us to reach out to others in that community who were more suitable.”

A poster campaign requires billboard contractors, of course. Weren’t they bothered by the risk element? “Billboard spaces here are owned by a mixture of the local municipality and private companies. So with the media team we contacted companies who were not pro-government. We had to be very discreet about the whole process, because if somebody close to the government heard about the idea, they would immediately alert the authorities.”

In the end, the billboards were installed in a number of locations in Istanbul and İzmir for between ten days and a fortnight. If any of them were taken down early, Emir is not aware of it. Needless to say, social media was the real key to spreading the message, via shared images.

“When we first came up with the idea, we always knew that the main effect would be on social media. We felt that even if we were able to install just one rainbow flag in a quiet part of Istanbul or a smaller city, we could always spread it online. But of course we were delighted that we were able to place them in numerous locations.”

We had to be very discreet about the whole process

The creative team and the NGOs themselves shared the images to help spark the viral process. “After that it became organic – for instance we learned that an LGTB organization in Poland had posted it and we were very happy to see it quickly spreading to other countries too.”

There have even been other interpretations of the “Rainbow Hack”, but the original was specific to Turkey. “Actually when we came up with the idea we were worried that it might have been done before – but when we checked we found that there was nothing quite like this.”

So will there be a sequel? “We won’t do something just for the sake of doing it. But awards like this give us an extra push to do more, to go further. We all want to react against oppression and find life-changing ideas. Fingers crossed that we can find something as impactful as the Rainbow Hack.”