DDB Remedy was the right medicine for this globe-trotting creative director’s healthy curiosity. 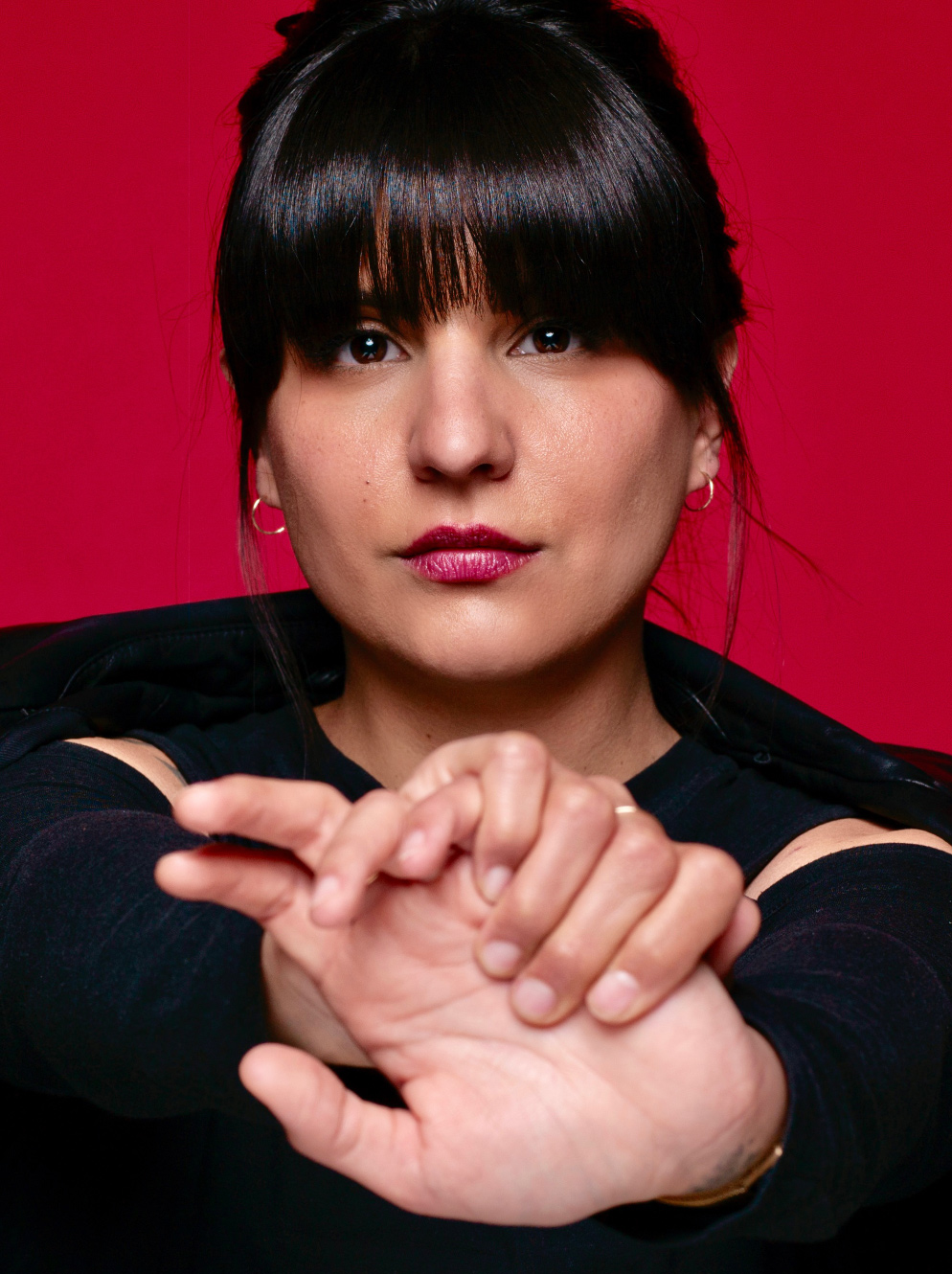 Some creatives love to flex their skills across different countries and cultures. Lidya Cortberg, creative director at healthcare specialist DDB Remedy in London, is definitely one of them. “My career path has been fun and varied,” she confirms at the start of our interview, which is a pretty good pitch if you’re about to tell your story.

Lidya comes from Spain – Salamanca to be exact, where she studied fine arts. “It’s a university city, like Oxford or Cambridge, so if you come from there it’s considered kind of weird to go and study anywhere else. A historic city, quite beautiful.” But, she adds, small. The wanderlust may have started right there.

Nevertheless, she’s grateful for the grounding her studies gave her. “You learn about so many things: art history, sculpture, audio-visual artists…At the time I didn’t really know how much all that would have an influence on my career, but now I can see that it makes you very aware of visual trends and where they come from, which reflects in your way of thinking and your inspiration.”

After graduating she got a job as a junior art director in Madrid. “It was a small design studio – there were only four of us – so I got to do many different things. We’d do advertising for exhibitions, for example, but we’d also design the exhibitions. And the brochures!” She even got embroiled in designing a restaurant. “The studio gave me an enormous amount of responsibility, but the same amount of freedom.”

Next stop: Boston, to perfect her English. While working for an NGO specializing in human-centric design and then a candy brand for athletes, she got a pretty good crash course in US advertising culture. After returning to Madrid for a spell, she took a less conventional step, by going to work for the agency Melon Rouge in Phnom Penh. “At first I didn’t even realise they were in Cambodia. They contacted me saying they were interested in my profile, so we set up a interview. At one point they said, ‘You know the position is in Cambodia, right?’ And I was like, ‘Yeah, sure, of course!’”

To a certain extent what she found when she arrived was familiar: a bustling city and big brands doing western-inspired (or sometimes Japanese-influenced) advertising.

“But Phnom Penh is something of a bubble. Later I got involved in behaviour change campaigns for charities, which enabled me to work with people in the countryside. For example I partnered with a human-centred design company to do field research for a nutrition campaign aimed at new mothers, newborns and carers. It was totally new to me, because when you’re developing the messages for this audience, your normal wheel of touch-points doesn’t exist any more. You have to spend time with people to work out how you can reach them. It was amazing.”

A relatively short hop to Vietnam plunged her into the multinational agency league at MullenLowe. “We were on the forty-something floor of the Bitexo tower, with views over the entire city. My ECD was based in Singapore so I got to work with the teams there. It was the experience I needed to ensure a smoother transition back to Europe.”

Behind her words you can detect the tug of wanting to try something different. DDB Remedy in London turned out to be the cure. “Working on pharma products is totally different to working for consumer brands,” she confirms. “I came here with no pharma experience, but my consumer experience was useful because it gave me another perspective. One of the cool things about working here is that you have PhDs working with full-on creatives.”

The agency’s communications are often aimed at healthcare professionals, occasionally at patients. It’s a highly regulated sector, which delivers the creative challenges that creatives like Lidya relish. “It makes you think harder and dig deeper for the insights.”

She even embraces the research aspect, as she comes from a family of science teachers and doctors. “The atmosphere doesn’t feel that alien to me. Plus I’m curious, so I enjoy learning.”

She’s aware that pharma can be a controversial sector, but she enjoys working on projects that may help patients and make healthcare professionals’ lives easier.

One of the cool things about working here is that you have PhDs working with full-on creatives.

In fact, throughout her career, Lidya has regularly managed to do purpose-driven work alongside traditional campaigns. Does she have any tips for newcomers to the industry who’d like to do the same?

“I actually pushed a lot within the agencies to get more meaningful or purposeful work,” she says. “And I get personally involved in issues, for example as part of the diversity and inclusion team here. I’m also a speaker for the charity I Can Be, which aims to broaden the aspirations of young girls. We need to assure them that they can be leaders. I’m very committed to influencing change in the industry.”

She urges those who work in advertising to think hard about the outcome of the work they’re doing.

“We have a big responsibility, because what we do touches so many people. And it’s not necessarily about the product you’re selling – it’s about who you put in a commercial. Today you need to check the diversity of your cast. It’s even about the objects around them. I mean, who wants to see a plastic bag in a commercial now?”

She certainly doesn’t regret switching to a sector that has a more serious impact on society. “There is a limited amount of shampoo brands you can sell before you start asking yourself…why? At some point you need to decide: to whom are you dedicating your career? I want to have a positive impact on peoples’ lives, so if I can achieve it here, that’s perfect.”