Building Brands In A Challenging World 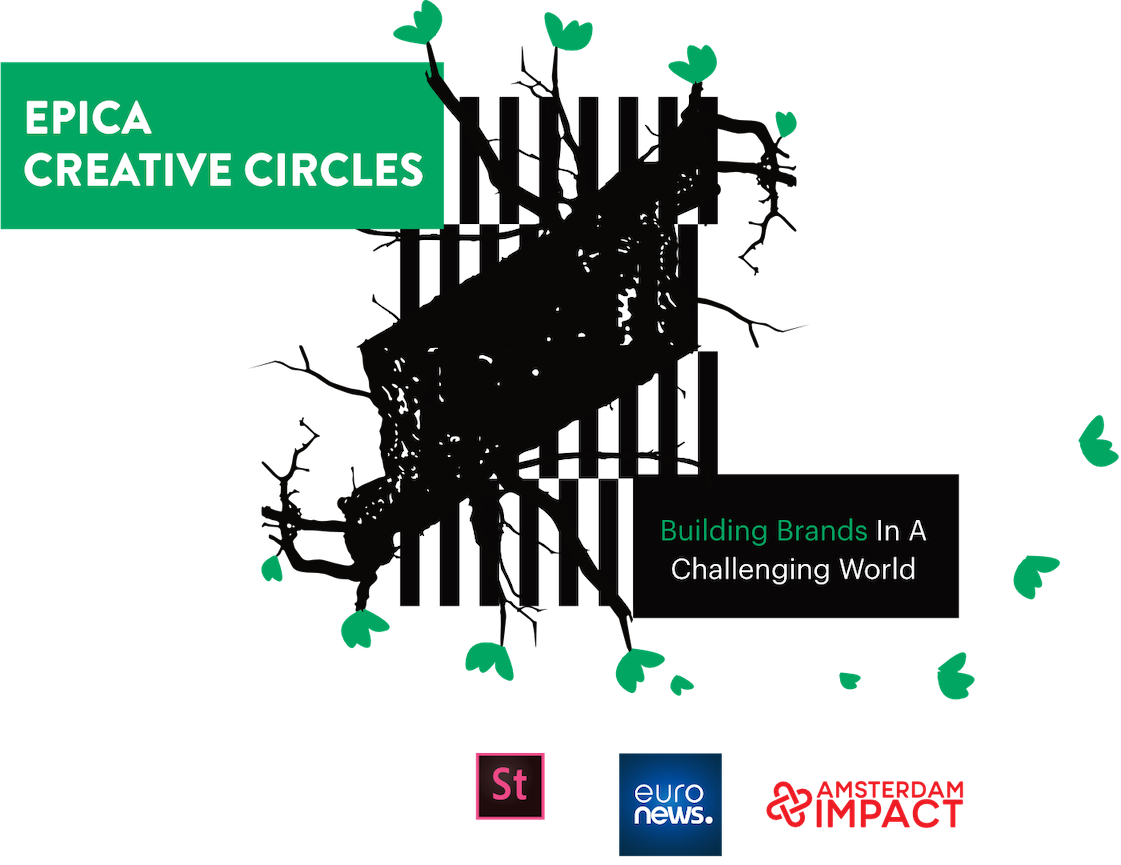 
Preceding the Epica Awards Show, the Creative Circles were hosted in Amsterdam, November 21st, 2019. The theme of this year’s conference was "Building Brands In A Challenging World”.


Building Brands In A Challenging World
A day of workshops, keynotes and more.
During a packed day filled with workshops and keynotes, participants discussed How to flip the age of uncertainty into one of opportunity? Whether it’s from economic trends, disruptive new business models, shifting consumer habits, or the tension between creativity and technology, agencies and brands face daunting challenges. Throughout the Epica Creative Circles, participants embarked on a voyage of dialogue and discovery. The aim was to work with young and innovative thinkers to devise the purpose-driven solutions that will help us all to progress. Based on the feedback from participants this mission was accomplished. The Epica Creative Circles 2019 appeared to be again an inspiring platform for journalists, innovative brands, start-ups and today’s creative leaders. 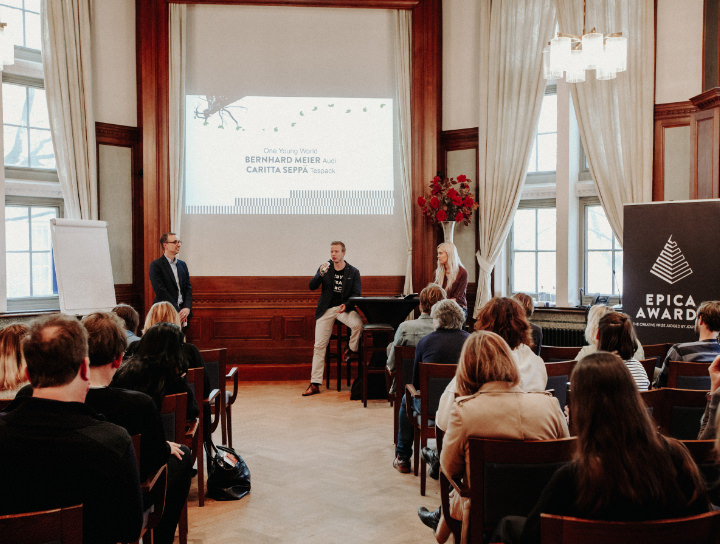 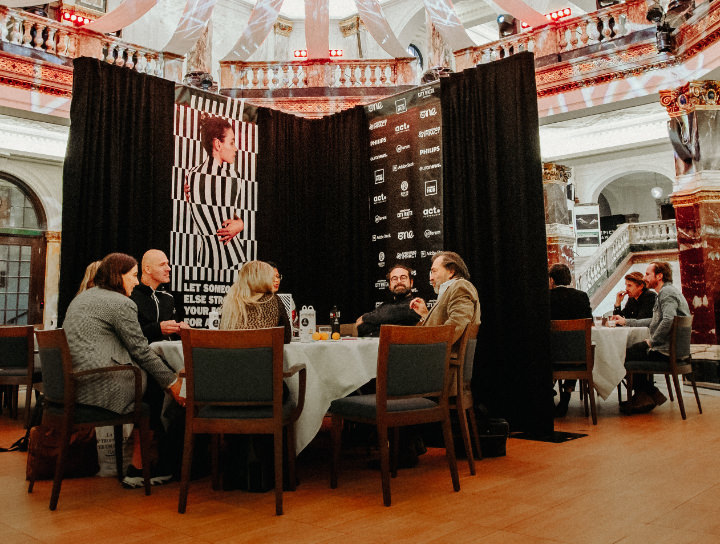 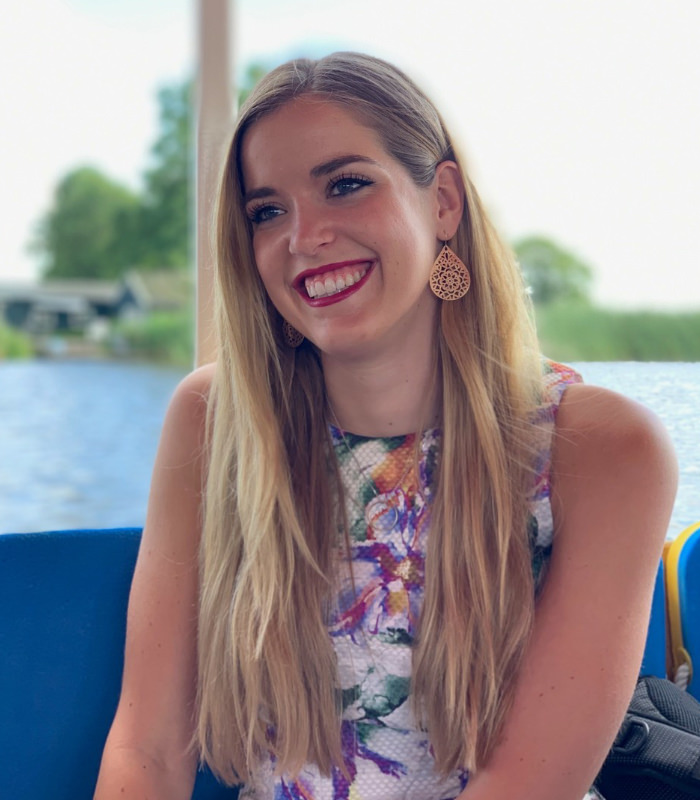 Sabine Reijm
Sea Going Green
Sabine Reijm is a sustainable tourism professional with a main focus in researching the current legislation within client’s target areas to encourage the adoption of new practices that adhere to the newest policies. She studied tourism and international development and is specialized in the sociology of sustainable tourism development. Through her fieldwork she has developed a thorough understanding of the social, cultural and economic aspects of sustainability. 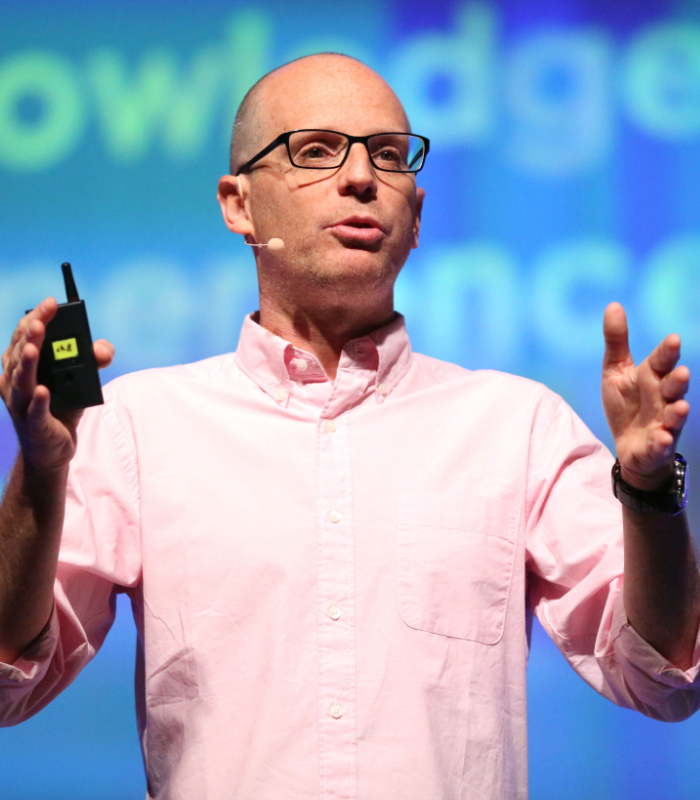 Ravid Kuperberg
Partner, The Mindscapes
Partner and structured creative thinking trainer in the field of brand communications, working with numerous advertising agencies and brands around the world. Ravid is a former advertising professional with 14 years of experience in strategic planning and creative development. He is a frequent keynote speaker and trainer at international marketing conferences and advertising festivals. Including recurring appearances at the prestigious Cannes Lions Festival in recent years. 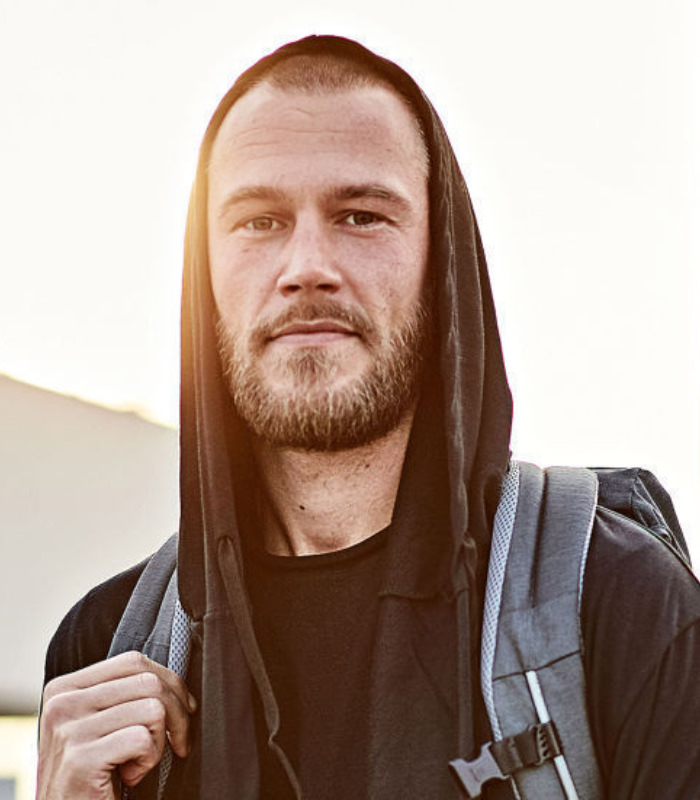 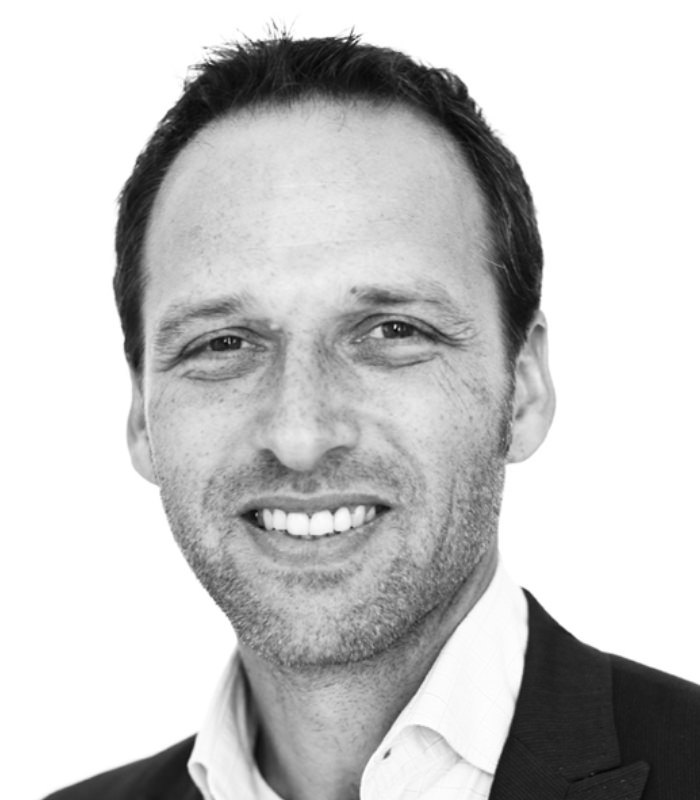 Jürgen Griesbeck
Co-Founder, Common Goal
A Schwab Foundation Fellow of the World Economic Forum and Ashoka Fellow, Jürgen is a believer in football as a force for social good and enabler of system change. From bringing rival gang members in Colombia together for a match to combat violence in Medellin (Fútbol por la Paz) to setting up a global NGO that connects and amplifies the impact of ‘football for good’ organisations from all over the world (Streetfootballworld Foundation), he has invested the past 25 years in building an entrepreneurial ecosystem and mobilising the football industry to efficiently contribute to scale the impact. His efforts have been noticed globally, amongst others by the World Economic Forum (Schwab Foundation Fellow), Ashoka, Beyond’s Sports ‘Inspirational 50’ (next to Michelle Obama and Nelson Mandela), the Sport for Good Award and even his Holiness, the Pope. 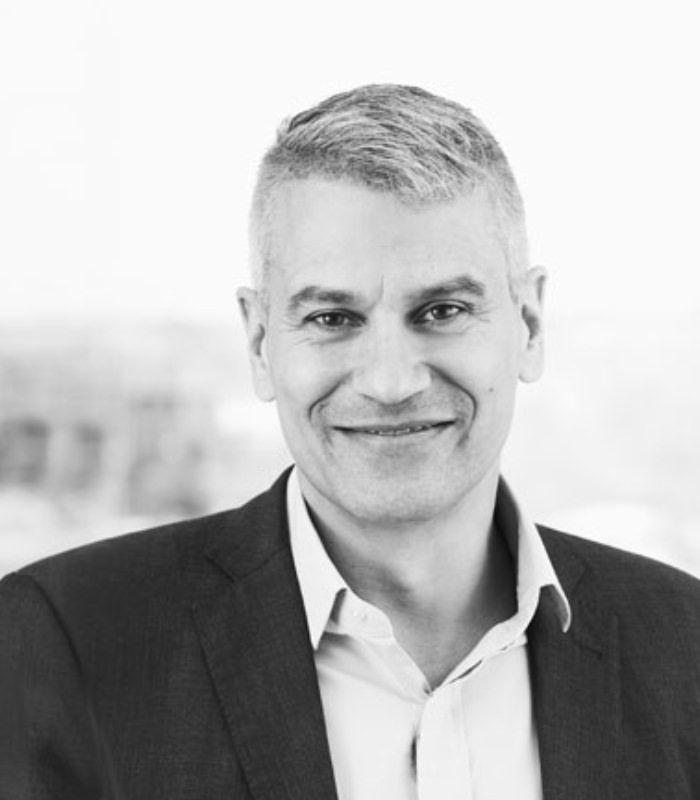 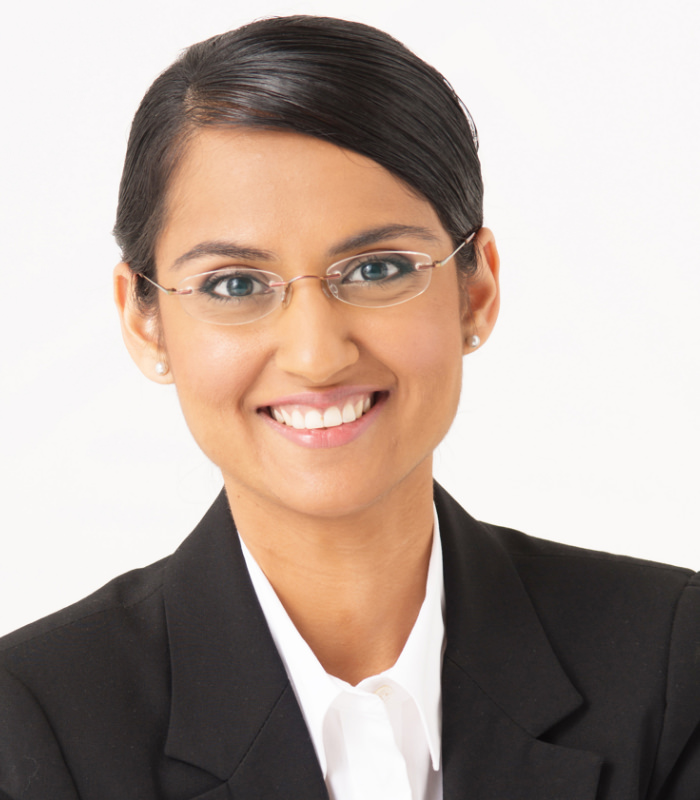 Drs Nupur Kohli
Author and Medical Doctor
Drs. Nupur Kohli is an award winning Medical Doctor, strategic healthcare advisor, author, and internationally acclaimed speaker. She spoke twice at TEDx and is featured in more than 80 international media outlets in all formats. An M.D. from AMC Amsterdam and Business Fundamentals from Harvard Business School, USA, she is a Forbes under 30 Fellow 2018, supervisory board member UNICEF Netherlands, Vice Curator World Economic Forum Global Shapers, International Advisory Board member Amsterdam Economic Board and an Advisory Board member LAD/Royal Dutch Medical Association. She is former advisor healthcare at EY, founding director of healthcare advisory NIIS Healthcare and drnupurkohli.com. She is the author of a book on stress and productivity, Chill! 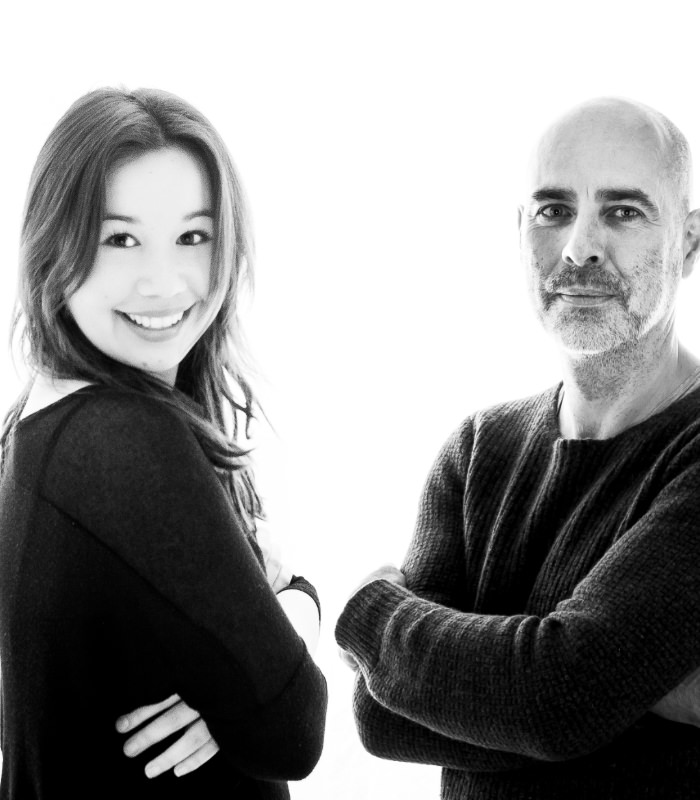 Rachel Kennedy and John Messom
Art Director and Creative Director, 180 Kingsday
Rachel Kennedy is an internationally awarded art director at 180 Kingsday. This year she was one of 15 women chosen globally to be a Cannes Lions See It Be It delegate. Rachel was featured on BadassGal.com in 2018, and among her multiple awards she was the 2017 Young Lions Netherlands winner and the 2015 National Advertising Awards winner. She was ranked among Strategy magazine’s Top 10 art directors in Canada in 2014 and 2015.

John Messom began his career in 1987 at Saatchi & Saatchi, hired by the legendary Paul Arden as a copywriter before finding his true calling as an art director. In 1997, he joined revolutionary UK agency Howell Henry Chaldecott Lury. Two years later he returned to Saatchi & Saatchi to work for Dave Droga. In October 2001, he become one of the founding partners of Leith London, where their first award was a D&AD silver for the design of the company’s identity. He two years as a creative director at Hurrel Moseley Dawson Grimmer, before leaving London in 2011 for 180 Amsterdam where he was reunited with former EMDG colleague Al Moseley. Since then he has worked as a creative director on two of the agency’s largest clients: DHL and Qatar Airways. John has won over 70 awards at Cannes, D&AD, One Show, BTAA, Campaign Press and Poster and Creative Circle. 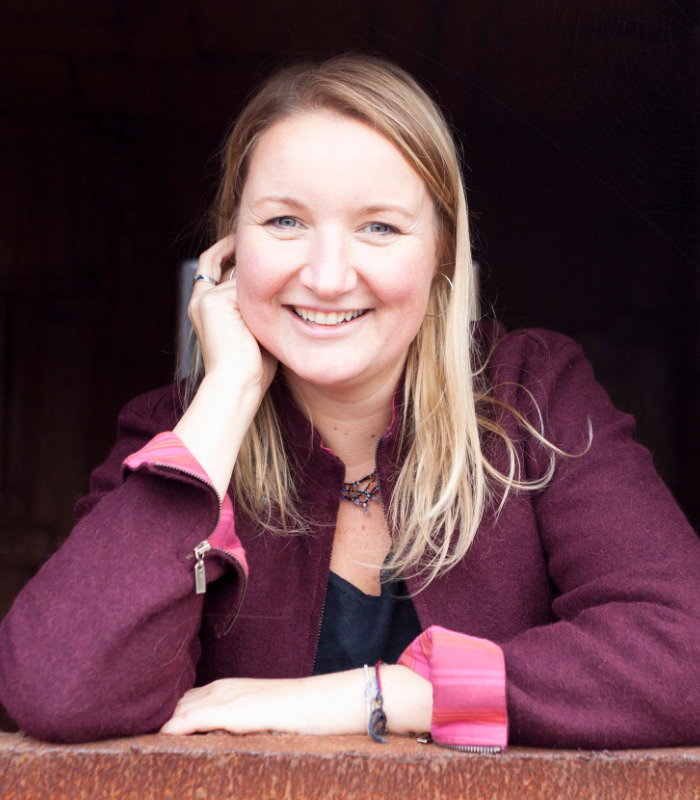 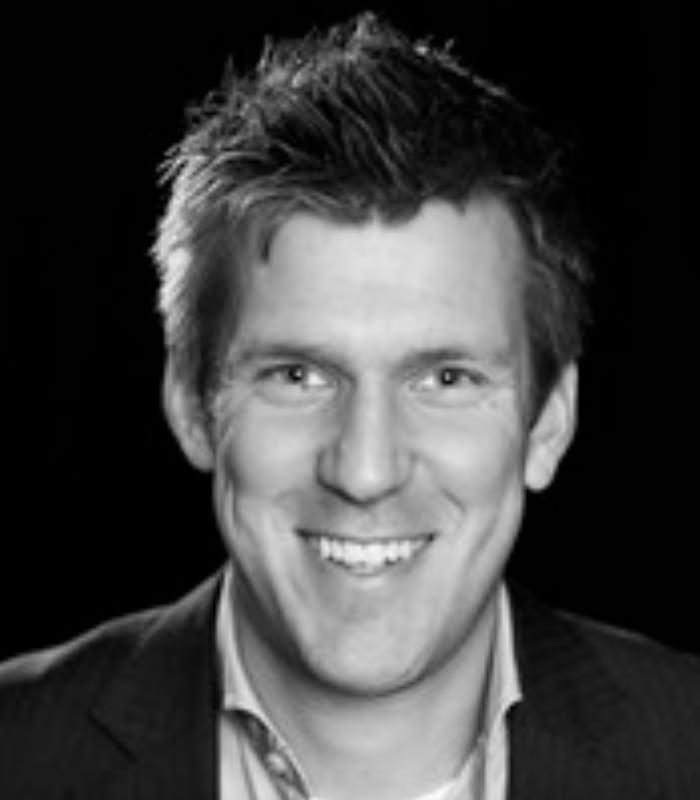 Cas Biesta
Head of Marketing & Brand Partnerships at AFC Ajax
Cas Biesta has been working for the Amsterdam-based football club AFC Ajax for the past 5 years. He started out as Head of Marketing where he was responsible for (digital) marketing and brand positioning. In those years his team introduced the For The Future positioning and won the biggest sponsorship award in The Netherlands with Ajax Esports, a new business unit to reach Gen X and Y. Sixth months ago Cas also became responsible for brand partnerships (sponsoring) because of the trend that partnerships are more about storytelling, performance marketing, creation, activations and content. Cas started his career at Triple Double, the biggest Dutch sports marketing agency, where he advised companies that wanted to use sport as a platform to reach business goals. Notably Cas started out his career as Producer and Editor at Endemol Sports and Eyeworks Sport covering the Dutch Eredivisie.

Bernhard Meier
Project Manager Product Electrification Smart Energy und Battery, Audi AG
Bernhard Meier works on e-mobility at Audi. With a background in industrial engineering and business economics, he is an expert in the field of battery systems and cells. As a smart energy specialist, he is ready for the challenges of future e-mobility ecosystems
Caritta Seppä
COO & Co-founder, Tespack
Caritta Seppa is the co-founder and COO of Tespack, based in Helsinki, Finland. Specialising in mobile energy, it creates smart wear products by combining the latest tech, IoT, solar and design. Its customers include Vodafone, Intersport and the UN. Caritta has an academic background in IR and public diplomacy and has written research publications about renewable energy for the Finnish Foreign Ministry. She was one of the organisers of the first Women in Tech event in Valencia in 2016. Caritta was named one of the Top 10 Entrepreneurs Under 30 2017 by the YE Global Youth Entrepreneur organisation, and that same year was selected as one of the Top 10 Women in Tech by WSC and Craig Newmark.
Solomon Elliott
Founder and CEO, The Student View
Solomon Elliott is the Founder and Chief Executive Officer of The Student View, a media literacy charity working to create a newsroom in every school and ensure that all young people become critical media consumers and creators. This is vital in an era of “fake news” and falling local newspaper coverage. Solomon studied history at the University of Cambridge and was trained as a journalist by Goldsmiths College School of Journalism. He is a Teach First 2014 English Ambassador. Solomon grew up in Mitcham, South London.