The global creative director at adam&eveDDB is the driving force behind She Takes Over, an initiative promoting the work of women in creative fields. 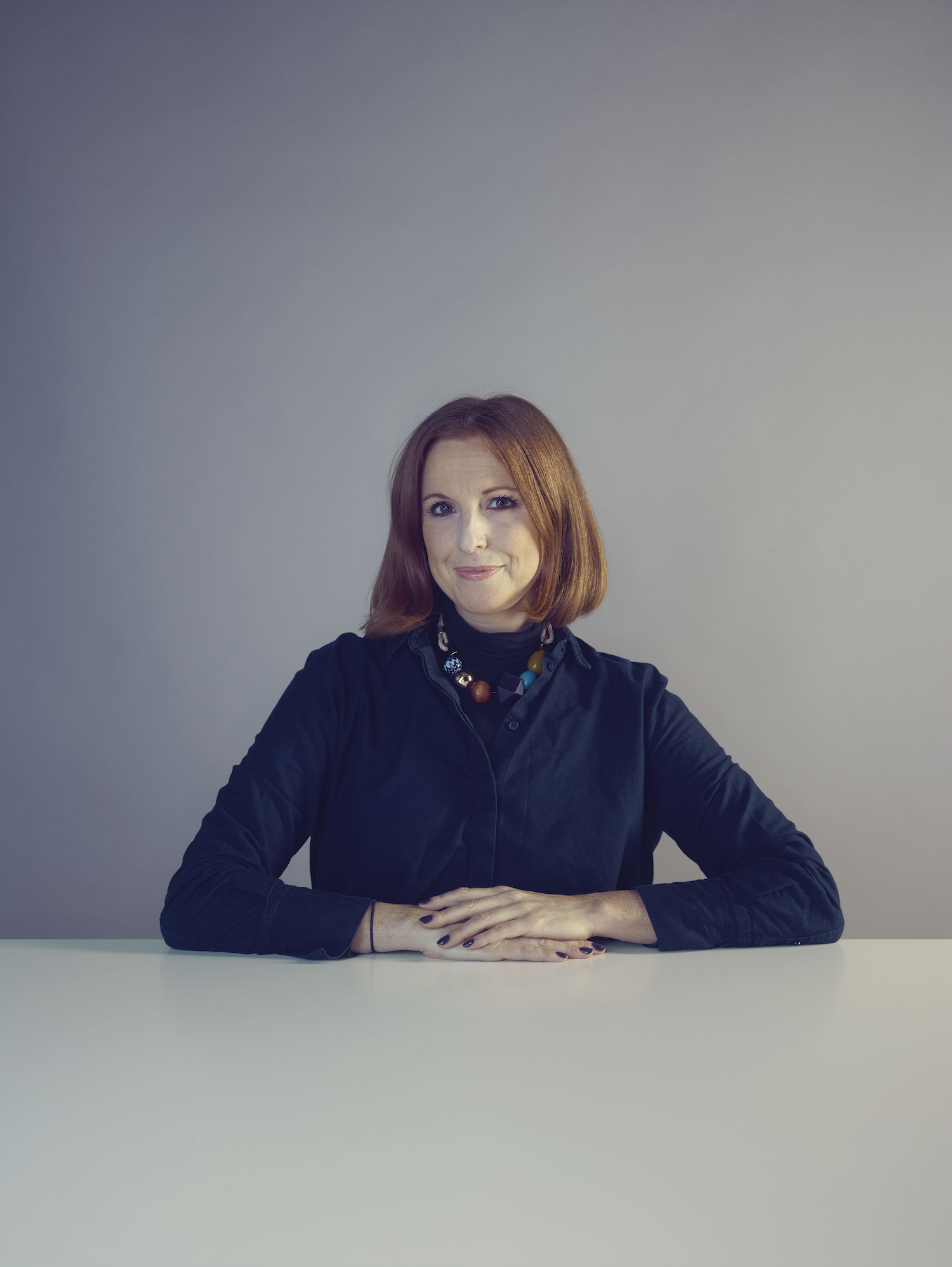 After a brief few seconds of trying to get our mobiles to work properly, Laura Rogers and I agree that we’re losing our telephone skills. I’d picked the medium as a respite from Zoom and Teams and the rest of them – but after a year of seeing faces on screens a phone call seems positively archaic.

Even so, I remain happy with my choice, because Laura has a slight Canadian accent that’s gives an upbeat cadence to her thoughts. She began her career in Toronto as a copywriter at an agency called Zig Ideas. “It was the kind of place where everyone would love to start their advertising career – a playground of fun and creativity,” she recalls.

After posts at Downtown DDB and TBWA\Toronto, she “legged it” to London in 2010 to work on Dove at Ogilvy & Mather.

Although she’s been at adam&eveDDB since 2018, it’s appropriate to mention Dove and its support for “real women” here, because my mission is to talk to Laura about She Takes Over. Originally inspired by International Women’s Day last March, the initiative supporting female creative talent is now in its second year.

“Diversity is definitely part of the conversation at agencies now, but so often, while we want to achieve diversity, and while we want to give a voice to under-represented cultures and communities, we don’t really know how to do that. And the ‘how’, the practical side of it, was what intrigued me.”

She’d noted that whenever a new project came in the door and the names of suitable directors, photographers and so on were evoked, they tended to be from the same familiar cohort – and mostly male.

“I thought that this was maybe one thing we could solve, because it’s all about visibility and knowing the work. And the fact is that as a creative person you really want to know who’s new, what’s up-and-coming, what interesting stuff is out there – but you don’t always have time explore as widely as you’d like.”

The days when you were free to visit galleries or discover young filmmakers at the cinema as part of your work are long gone – if indeed they ever existed. “Personally, from the start of my career, I’ve always been running from one thing to another.”

But even advertising people have time to jump on social media occasionally. “It occurred to me that this would be a really good way of increasing visibility for those who might be overlooked. Because as an agency we have that visibility – people follow us on Instagram; and not just us, but all agencies. So what if we used our social currency and gave that to people who needed it for the month of March?”

Throughout the month, the agency’s Instagram feed is a showcase for female talent: photographers, composers, illustrators, directors and animators. “We’ve also tried to expand the gallery to include trans-gender and non-binary people.”

Other agencies and organisations have followed suit – and out-of-home advertising giant Clear Channel donated multiple sites, “so that the work is being seen not just in the industry, but out in the world as well”.

There’s also a standalone @shetakesover Instagram feed that runs year-round. “Because of course this can’t just be for the month of March. One of my favourite things about running the project is that I get to look at everything – so it’s become a rich resource for me, because there are so many great people on it.”

This in turn can have a positive impact on the agency’s work, she notes. “This is a diversity project – but it’s also about creativity, because I think the more we use different voices and different creators to make our work, the more interesting it becomes.”

I wonder aloud how Laura has seen attitudes evolve during her own career as a female creative. “We’re certainly talking far more about diversity than we did 20 years ago,” she says. “But I was lucky in that my first agency was run by two female creative directors, so even though I knew it was unusual, it never occurred to me that I couldn’t become a creative director or run an agency.”

A problem persists at the senior level, however. “A lot of young women come into the industry, but the retention levels are still not good enough. As a female creative director, I know that there aren’t enough of me! That’s because, as an industry, we don’t create the conditions for women to thrive in. It’s very difficult to balance family life and work life, for example. Some women opt out. And it’s our industry that suffers – because when everyone is the same, there’s a danger that the work gets repetitive too.”

The more we use different voices and different creators to make our work, the more interesting it becomes. 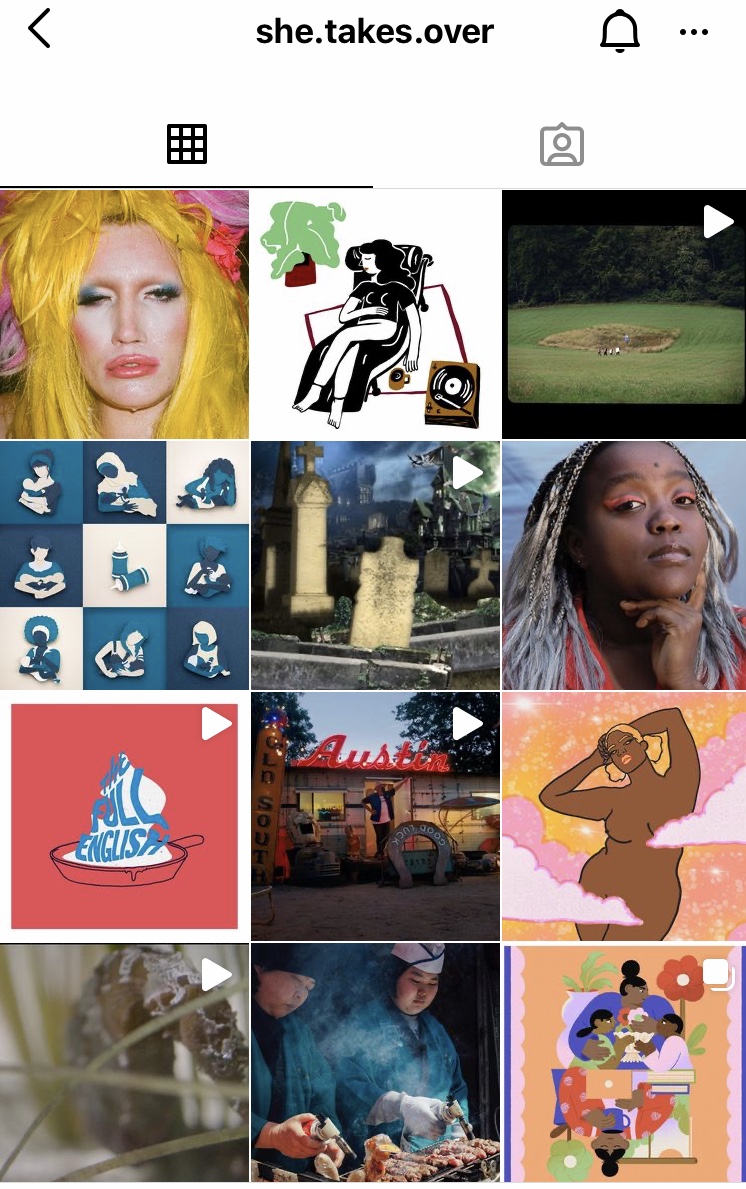 Thinking back to Dove, I ask her if she feels the representation of women in the media – particularly glossy magazines – is becoming more nuanced. “Well, Dove was ground-breaking in its stance against retouching and its depiction of different types of beauty. But I think magazines have become more forward-thinking: at Vogue UK alone, editor Edward Enninful is doing a great job bringing different types of people onto the cover and into its pages.”

As somebody who puts images out into the world, she is aware that unrealistic depictions of women “ultimately make them feel bad”. “And why would you think you can sell anything by making people feel bad?” One of the great things about social media, she adds, is that brands and magazines that cross the line can be called out by consumers. “They can be held accountable. We didn’t have that power in the 90s.”

But Laura isn’t content with helping creative women – she wants to help her fellow creative directors too. She’s developing a programme called called “How To Be A Creative Director”. “Because there’s a real change when you move from being a creative to a creative director – and nobody really tells you how to do that.”

New skills are required of you: managing people, giving guidance and feedback. For the moment the coaching will be purely internal, but Laura sees it as something she could potentially take beyond the agency. “The idea is to help creative directors feel more confident in their own skins, so they can be the best versions of themselves.”

She certainly seems to relish being part of DDB: a copywriter at heart, she talks enthusiastically about the Bill Bernbach era and its snappily-penned print ads. At the other end of the spectrum, she loves to do work that “expands what we think advertising should be” – like the campaign for retailer Argos that involved putting out 80 ten second ads in 80 days.

Right now, though, she’s keen to focus on the work of others – in the form of She Takes Over. The message to agencies is clear: if you want to achieve diversity, you can at least start by turning to Instagram.