UNITING BRANDS TO SAVE THE PLANET

Stephen Fern's Ark2030 project has the ambitious goal of reversing climate change in a decade with the help of brands, consumers – and a loyalty app. 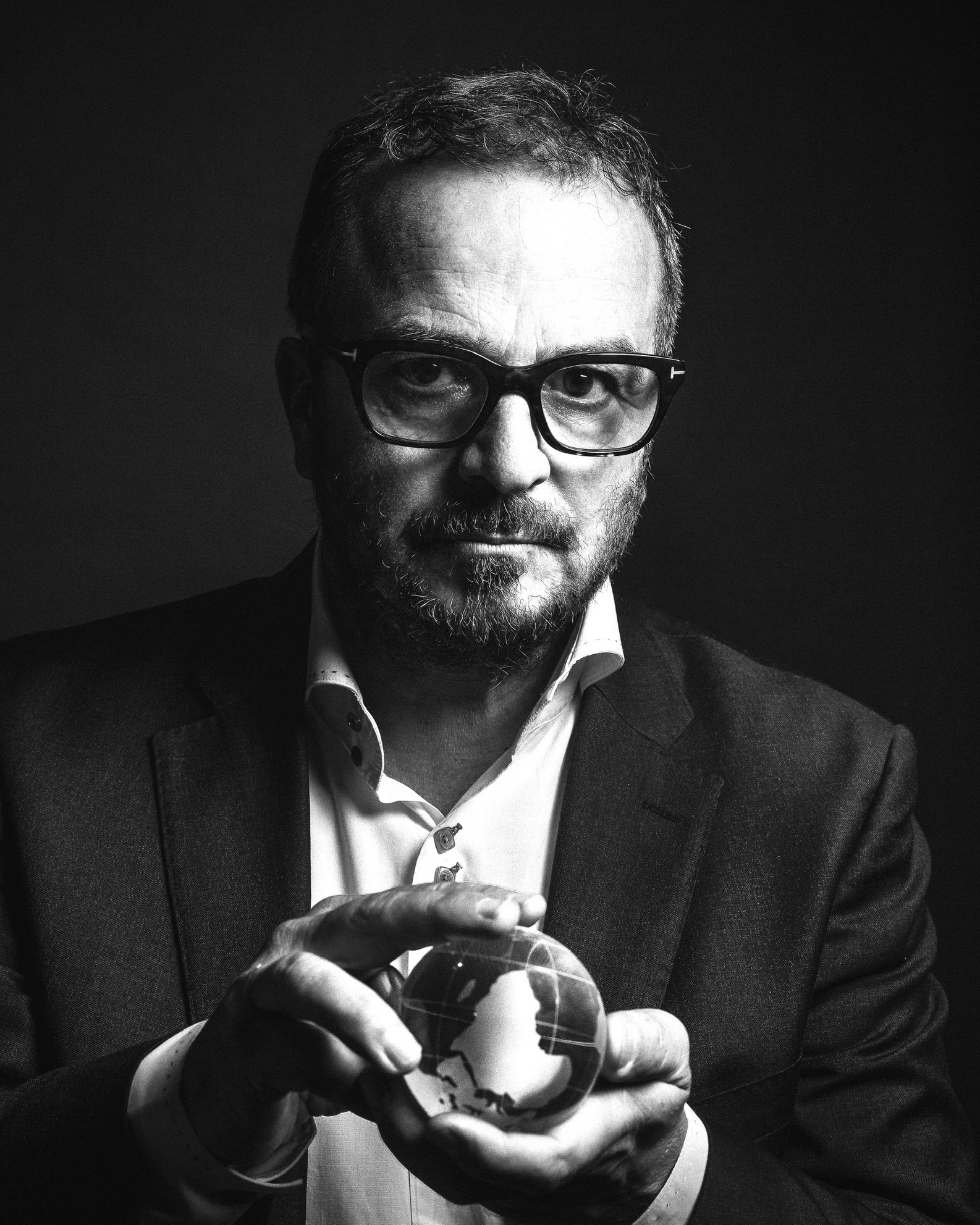 “If there was a giant asteroid hurtling towards Earth,’ says Stephen Fern, “the world’s governments would collaborate with NASA and send someone like Bruce Willis to blow it up. The impact of climate change will be just as catastrophic as an asteroid strike, but governments aren’t moving fast enough. So it’s up to us.”

By “us” Fern means consumers – with the help of brands. At the heart of his breathtakingly ambitious project is a rewards program. First you download the Ark2030 app. Then you scan a QR code or tap your credit card at the checkout to pick up points.

And here’s where most rewards schemes go awry. Because often what happens next is that the points sit gathering dust on a loyalty card. Ark2030 points, meanwhile, will go directly towards funding climate change reversal. And through your app you’ll be able track the positive impact all your purchases are making.

In practice, one per cent of purchases from participating brands will go towards funding huge landscape restoration projects. Fern confirms that Ark2030 is currently formalizing arrangements with a number of leading global program partners.

If you’ve got a skeptical smile on your face by now, that’s not unusual: it’s a common reaction. But Fern means business. After studying law, he qualified as a chartered accountant at Arthur Anderson. His career took an unorthodox path when he moved into wealth education, ultimately creating the G9 organization, which helped the world’s richest families use their wealth for good.

“I would engage families with a simple philosophy: at the moment 99 per cent of your wealth is just making more money, then at the end of the year you might write a check for a philanthropic cause. My mission was to transition that so that 99 per cent of their wealth was doing good – while making money at the same time.”

He started advising 80 super-rich families and since then has built up a network of more than 4,500. “I’ve been in the business of helping the very wealthy do good for more than 20 years. Ark sprang from the moment in October 2018 when the UN announced that we’ve only got 12 years to save the planet. The Paris Accord is great in theory, but by 2030 60 per cent of the damage that’s been done will be irreversible. It made everything else we’d been doing seem irrelevant. I thought: ‘What is the point, unless we address this?’”

Giving brands what they want

Fern’s existing relationship with ultra high net worth individuals was the key to getting brands on board – because many of the families he’s been advising for years are also brand owners. He knew he couldn’t simply ask them to write a check: they’re bombarded with requests for donations all the time. And because they’re also savvy business people, they’re reluctant to chip away at their bottom line.

“That’s where rewards points come in. When you as a consumer buy something and get your points, the equivalent amount leaves the company concerned and is held in trust, until you redeem the points. But because people tend not to spend the points, a huge amount of them are just sitting there doing nothing: in fact 85 per cent of that money is lying dormant around the world. Let’s make those points less pointless and give brands a mechanism to swap them into points people care about.”

After an expiration date, of course, unused points return to the company. But when talking to brand owners, Fern discovered they had a strong incentive for donating points towards combating climate change.

“The single most important message every brand wants to nail today is: ‘We care about the planet.’ So rather than going after brands for a donation, we’re going to become part of their marketing strategy. Instead of relying on their good will, we’re giving them something they want.’

One of Fern’s closest friends and advisers is Daniel Binns, CEO of Interbrand’s New York office. During a meeting, he showed Fern a report confirming that 90 per cent of consumers will not only switch to a brand that cares for the planet, they’ll actually pay more for it. The problem is that only 12 per cent believe brands stick to their sustainability pledges.

“I realized that if we can connect the brand to the actual projects being done, in a truly transparent way, we have the answer.”

Via a simple transaction that consumers are already familiar with, brands can demonstrate via Ark2030 that not only do they care for the planet, they’re also committed to making a tangible difference. And because they’ll want to talk about it, they’re likely to promote the scheme by spreading the word through their marketing channels.

“Consumers have never before had a one-stop shop entirely devoted to reversing climate change,” says Fern. “That’s an incredible environment for brands.”

An early participant is pharmaceutical giant AstraZeneca, which has committed to planting 25 million trees across Australia. The project brings together its AZ Forest initiative, non-profit One Tree Planted and the Global EverGreening Alliance’s Restore Australia program – supported by Ark2030.

But how does Fern propose to reverse climate change by 2030? Simple mathematics, he says. The aim is to take ecosystems back to where they were before the Industrial Revolution. Fern’s research showed that, concretely speaking, this means restoring 500 million hectares of degraded landscapes.

Then he broke the figure down into what he describes as a 500 piece jigsaw puzzle. Five ecosystems, 100 million hectares per ecosystem, ten million hectares per ecosystem to restore every year. The five target ecosystems are ocean, forest, desert, rainforest and savannah. Fern has been working closely with the UN Environment Project and the Global EverGreening Alliance, as well as communities on the ground, to get the mission underway.

“Using science, NGOs, local and global knowledge, combined with the latest technology, we develop a program that’s entirely holistic for the ecosystem concerned: the whole picture of what’s needed to create a sustainable ecosystem. Once you design that – and nobody had ever really done this before – you contract with the appropriate implementing partners on the ground to deliver on the strategy.”

Very soon, if all goes according to plan, you’ll start seeing the Ark2030 logo on packaging, in stores, or next to a QR code on your reusable coffee cup. Time to download the app and start saving the world – one point at a time.

THERE'S NO BUSINESS LIKE NEW BUSINESS: CHARLIE MARTYN
Interviews
A CLOSER LOOK AT "THROUGH YOUR EYES"
Interviews
SHEDDING LIGHT ON "SWIPE NIGHT"
Interviews
BEHIND THE MOLDY WHOPPER: THE BACK STORY OF THE TRIPLE EPICA GRAND PRIX
Interviews
See more articles