SHOOTING FROM A DISTANCE

Despite the fact that most of them are in lockdown, many production companies are continuing to make great work. We find out how.

One thing we can be sure of judging by the experiences of the past few weeks: you can’t keep creativity down. Despite an almost global lockdown, brands are still communicating and production companies are still making films. Often, really good films.

One of the first off the blocks was Ikea’s “I Stay At Home” spot from McCann Spain.

It turns out that, thanks to a forward-looking production approach, no new shooting was required. The material comes from 12 different Ikea commercials. 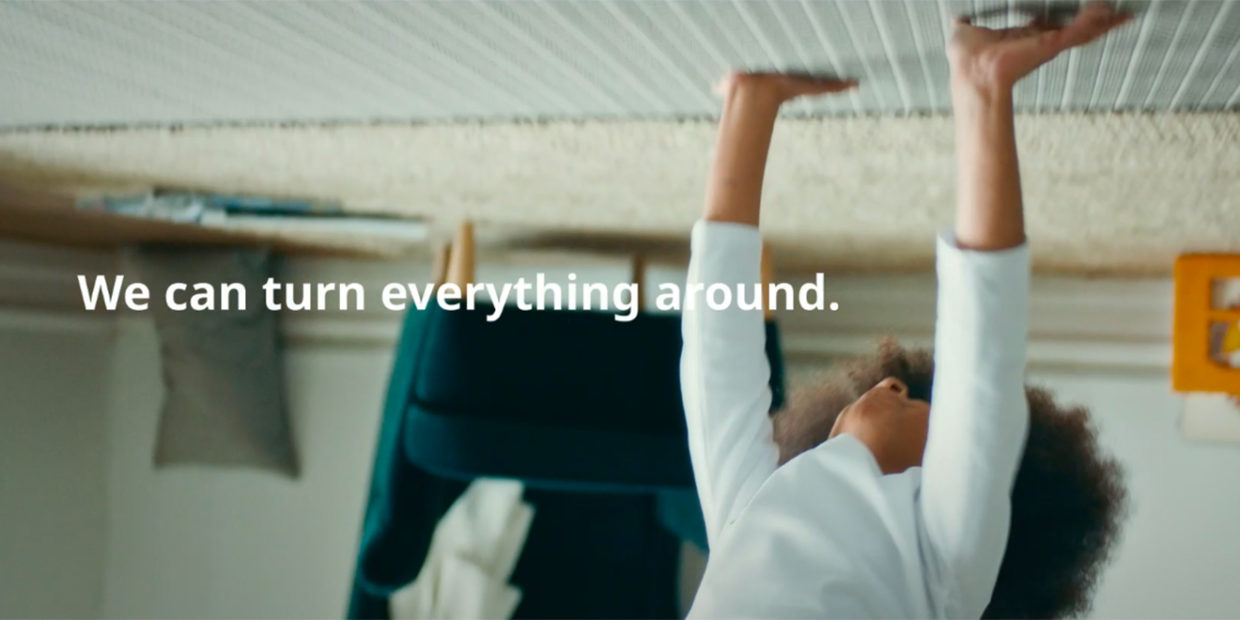 “I often talk about protecting your brand assets and being strategic about how you get them,” says Sergio Lopez, McCann’s chief production officer Europe and managing director of Craft. “Your assets are your dictionary. If your voice is strong, you can re-use your assets all the time. For instance, something that you shoot for TV might end up on social media. An image for print might end up at point of sale. But because of your voice, it all feels as if it’s from the same world.”

That’s how in Spain, on week one of lockdown, within four days, Ikea was able to put out a commercial. “It was possible because it’s a brand we work closely with, so we shoot in a style that is coherent and consistent: framing, lighting, casting, directors.”

Sergio feels the crisis has highlighted the gap between clients who esteem the role of production and those who try to cut corners. “Sophisticated clients see production as the last mile of connecting a brand’s voice with the consumer. It doesn’t matter where your strategy comes from or how amazing your creative idea is – if you don’t bring it to life, if you don’t transform it into some kind of audio-visual expression, your brand doesn’t have a voice.”

The case of the missing director

New films are being shot, however. Many of them use footage filmed on mobile phones indoors. Such was the case of the Castrol spot made by Hogarth Worldwide for VMLY&R, which takes us inside the homes of famous racing drivers.

Katharine Cowell, executive producer at Hogarth, explains that Ogilvy India had created social media posts for Castrol with the hashtag #hangupyourkeys, which inspired the client to do more with the message across Europe. 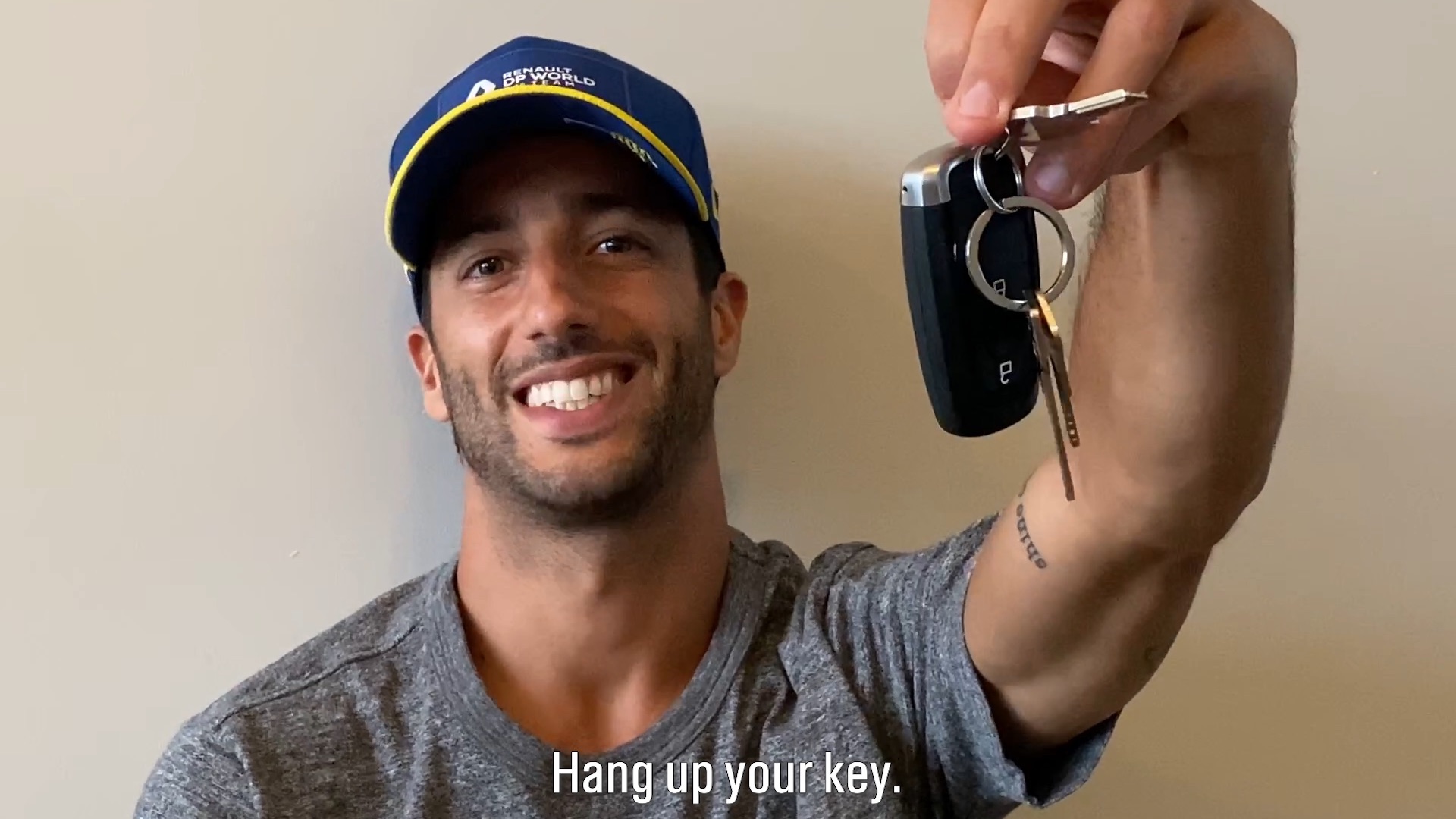 “The client brief came in on a Thursday night and the team was assembled by 4.30pm on Friday.” This included not only Hogarth but Ogilvy (strategy), VMLY&R (creative) and Mindshare & Neo (media). “We knew only that we’d have to make two films from user generated content about people ‘hanging up their keys’.”

Then they were told that they’d have to produce the films across multiple formats, in four different languages – with delivery in one week. Although the creative wasn’t approved until the Sunday evening, Hogarth got busy preparing a “shoot pack” for the stars of the films. This included guidance on filming and framing shots, how to deliver lines, advice on what to wear – and a warning to avoid famous artworks on walls.

The creative director made a demo film to show the contributors the types of shots he was looking for: POV, mid shots, reaction shots and so on. Then there was the matter of getting hold of the resulting footage. “In the end I think I fielded about 300 emails with individual .mov files,” says Katharine.

Participants were urged to get creative, but the results exceeded expectations. “The racing car drivers really went to town with their set-ups; one used a sock to recreate the chequered flag, some used remote control cars, crashed into logs, skidded in mini puddles – there was a lot of joy.” 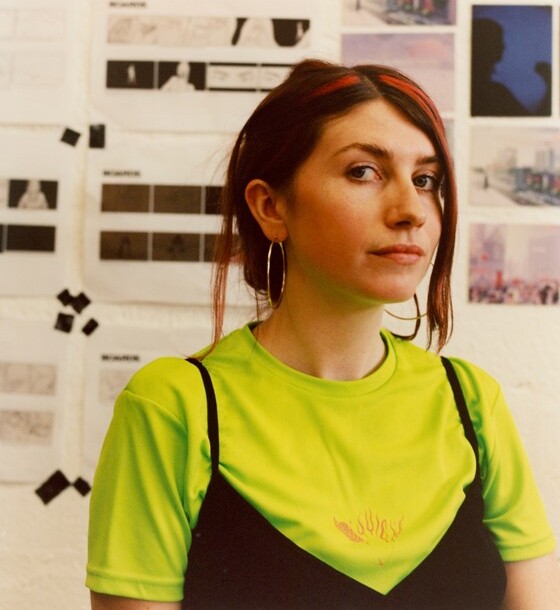 When the actor is also the crew

Another guy who seems to be having a lot of fun filming himself at home is Reda, the star of Ogilvy UK’s chirpy spot for telecom brand Voxi, produced by The Mill.

Director Jocelyn Anquetil (left) oversaw the spot remotely using Zoom, while Reda filmed himself on Samsung S20-series phones. He live-streamed the camera feed over a mobile data network while Jocelyn framed the shots and directed him from her living room.

“It was about 11 days in total from creative sign off to delivery,” she says. “All the briefings, casting, set design, rehearsals and so on happened over maybe five days via group video chats. It’s quite mad that I never actually met Reda or the two creatives. We’ve had many the Zoom chat though.”

There were moments of frustration, she admits. “Some days, especially on a crazy turnaround, there’s only so much of ‘ten people on a call all chatting at once’ that your brain can take. Everything was done in double time and at the same time, so the process became one big party that everyone was involved in, rather than having the separation and steps you’d usually have in a production.”

Oddly enough, the day of the shoot was relatively stress free. “Because we were each in very chilled environments, our experience of the shoot day, although weird, was more relaxed and fun while still productive.”

As for Reda, he was both actor and sole crew member, having to deal with the “pernickety changes”, as Jocelyn puts its, that regular crew are used to. “He was great though – I think he had a laugh.”

“Within a week the agency were able to rewrite the script and our Mill Direction team were able to build a production pipeline that enabled them to shoot the talent in various locations over two days, to create a very in the moment TVC. At the heart of this project was the fact that creativity or production always finds a way of ‘making’.” 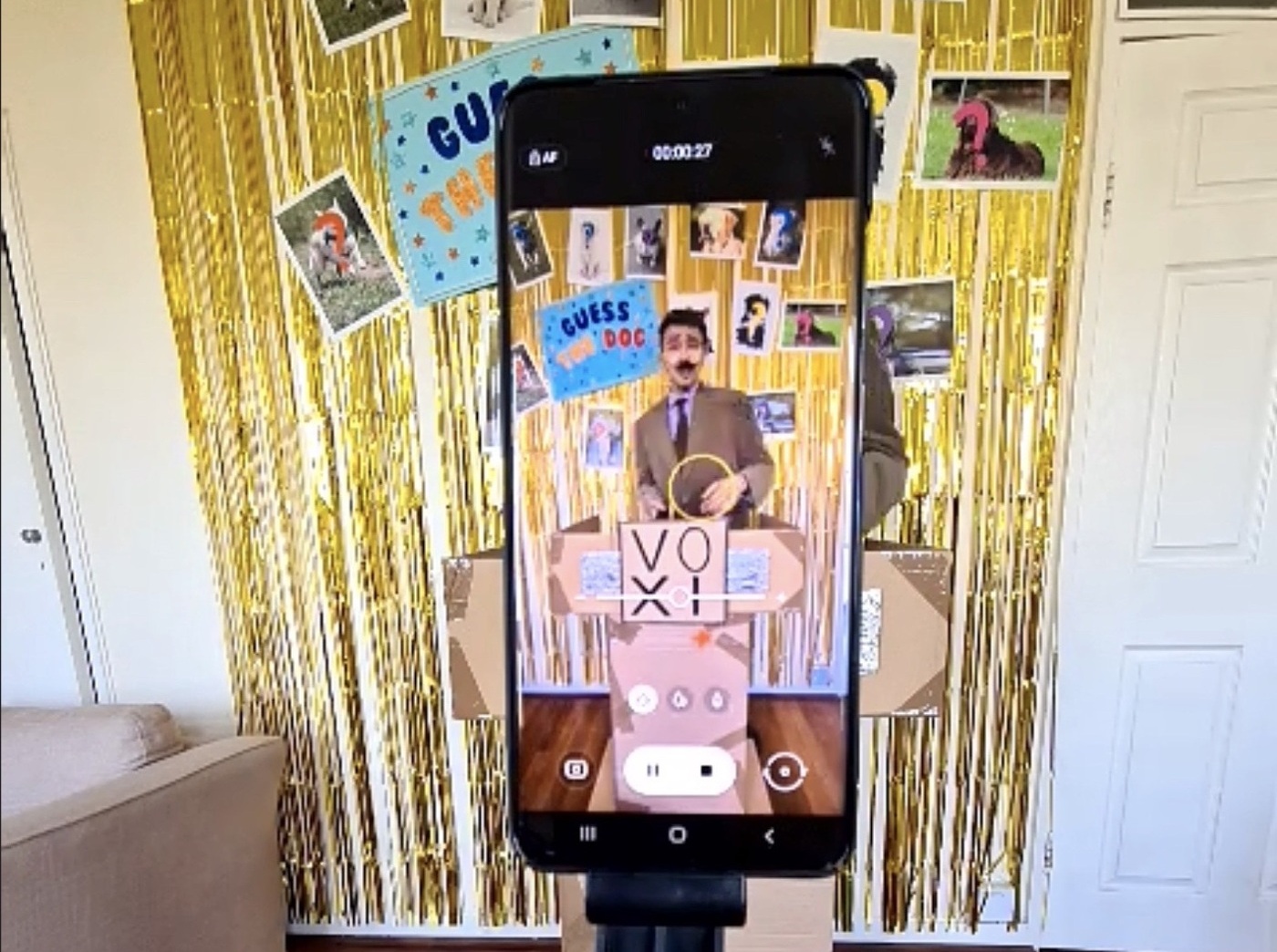 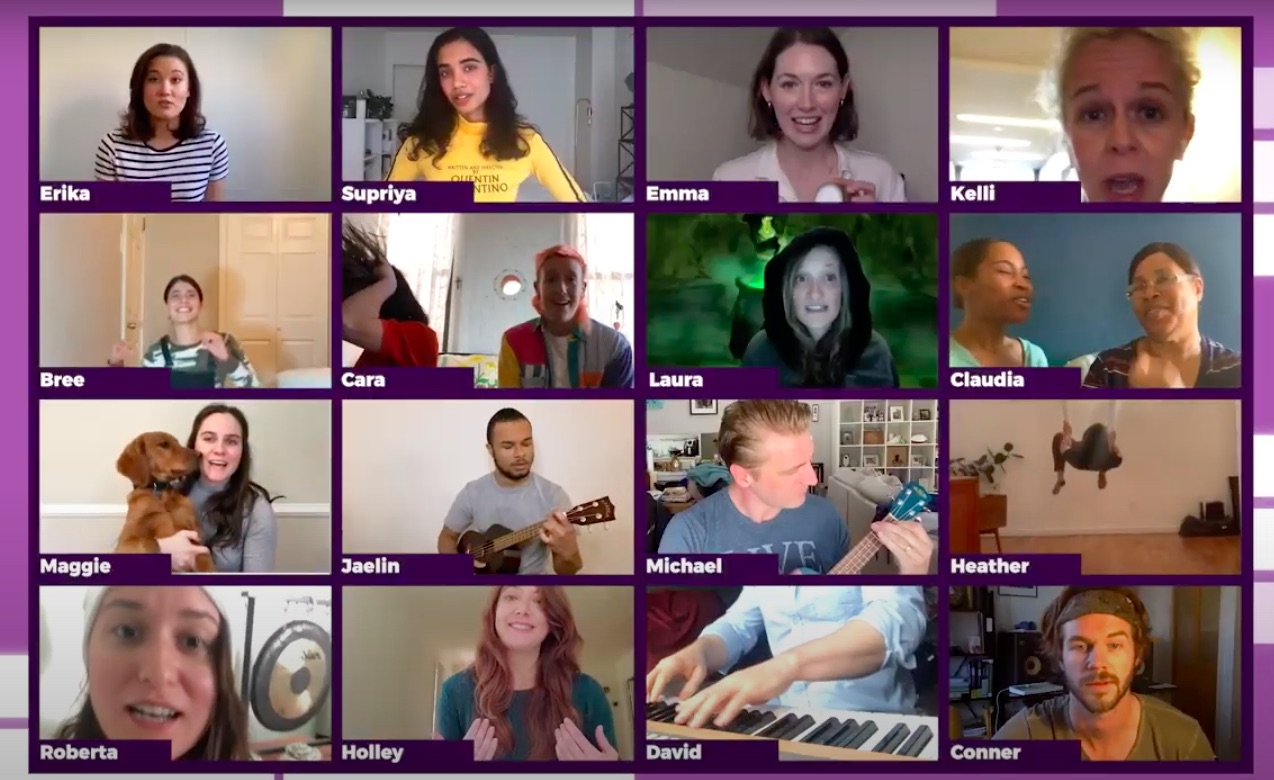 At least it's easy to reach people

Fast turnaround times have become crucial. Valiant Pictures in New York is working with the city’s Department of Health to create emergency public service films. Vincent Lin, co-founder and director, says the company has worked with the department on several issues.

“But for COVID-19 it was a sudden rush of information, awareness and education we wanted to get out to the public. The most challenging part is that we didn’t have weeks or months to plan. The messaging and information was constantly being updated, and furthermore, we couldn’t go outside to shoot."

The company took concepts from the agency Starfish and executed them by sourcing freelancers, crew and industry professionals who were able to work remotely. Vincent admits it was trial and error. “But daily calls, shared documents and work files, and having the right personnel to manage the various components allowed us to step up quickly and produce a number of spots for the city in various languages without losing quality.”

He adds: “The one good thing about this peculiar time is, it’s really easy to reach people. No one has an excuse not to pick up their phones.”

If live shooting proves difficult, why not turn to animation? Time constraints are the problem here, says David Bates, managing director of creative studio ATK PLN, which has seen a rise in inquiries about animation, design and VFX.

“While we’ve had requests to simply transfer live action boards to animation, the differences in process and timelines don’t allow for a seamless transition,” he says. Instead the studio has been asking itself how it can renew, enhance and extend existing media. “Using pre-existing footage, and marrying with design and animation provides a way to take what exists and create something entirely new.”

Meanwhile, James Hagger (right), founder of animation specialist Troublemakers in Paris, reveals that the company was able to create a 2D animated film for a client in just ten days. He also confirms that “in the first couple of weeks of the lockdown some films that were originally intended to be shot in live action were turned into animated films”.

In general the company was well-prepared for lockdown. “Our post-production infrastructure has continued to run at full speed and we are still able to produce quality renderings. Our directors and CG artists are working remotely. We’re running almost as normal apart from the fact that we’re now spending most of our days in video conferencing.”

Through its second production company, Jackflash.tv, it is also involved in a user generated live action spot. “The idea is to get several live action directors to shoot separate sequences which will then be put together in post. I think it’s an interesting way of creating content at the moment but should soon be obsolete,” he says. “The reality is we’re now concentrating on setting up shooting protocols to get back on set as soon as the lockdown ends.” 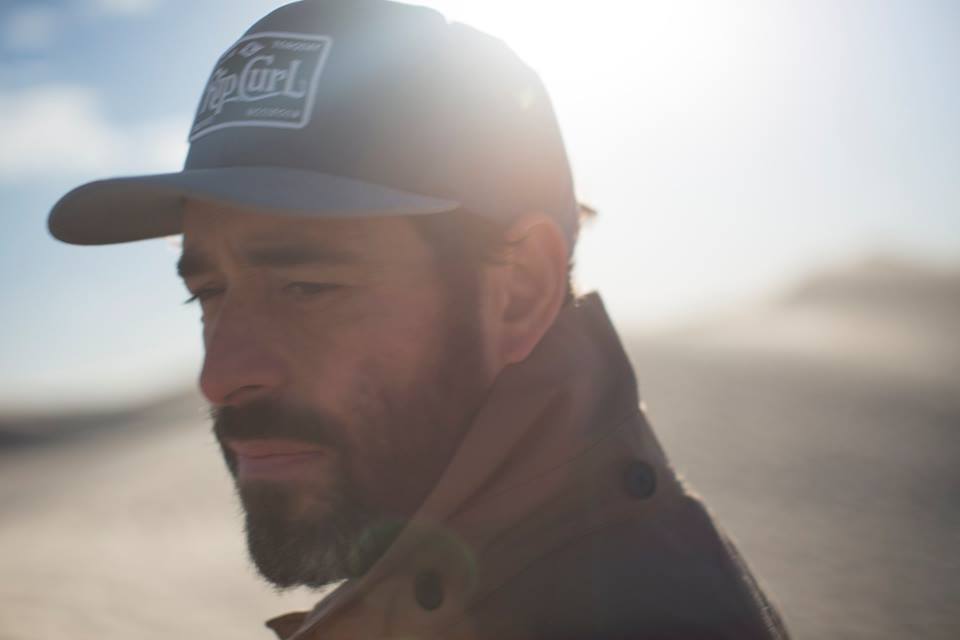 The big question is: what kind of stories will brands want to tell in the slippery period between lockdown and normality? New ways of creating content may yet emerge, says James.

“That said, brands and agencies should plan for the worse in the next few months. There is a high probability that a second wave might happen in the future. What happens then? My advice is to work on fewer campaigns but highly crafted content, to create honest and truthful films that you will be able to deliver and air whatever the situation is in three or six months time.”

In terms of remaining adaptable, Sergio Lopez points out: “When the rubber hits the road, the value of a lot of the things that we’ve been talking about over the past few years – and which people are sometimes cynical about – comes to light. Such as having a strategy, having a role in peoples’ lives, being able to listen and react, having a narrative that evolves. All these things that were ‘good to haves’ are now fundamental to everything a brand does.”