In an era where the phrase “fake news” has entered the lexicon and journalistic integrity is under scrutiny, using media manipulation to shine the light on a good cause could be viewed as risky.

But when Swedish agency Åkestam Holst took a series of iconic news images and removed one vital element in each, they imbued the photographs – and the heart-stopping stories they conveyed – with an important message by omission. Indeed, their deceptively subtle campaign for UNESCO’s World Press Freedom Day, entitled “Without The Whole Picture”, is a masterclass in less is more. 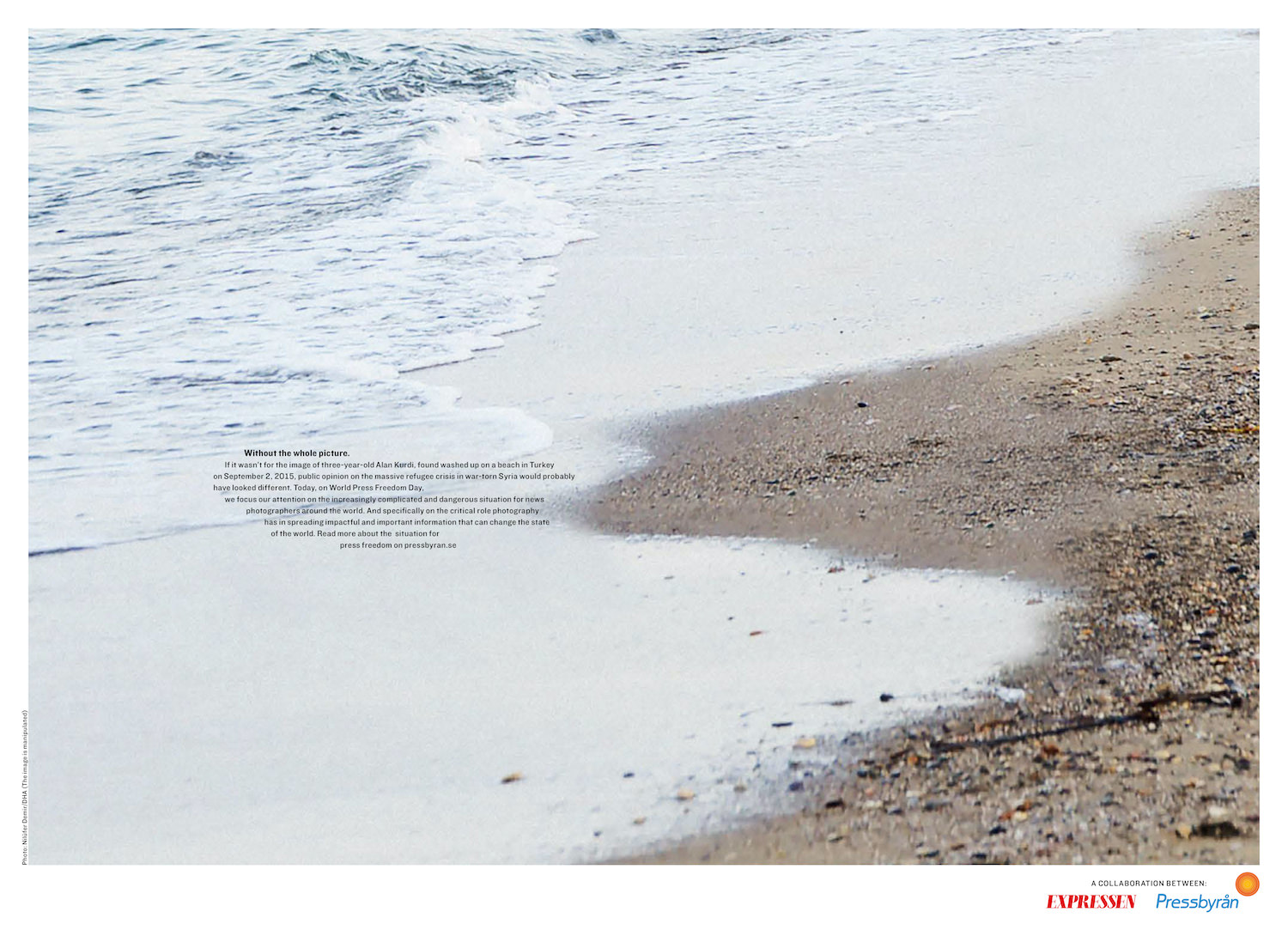 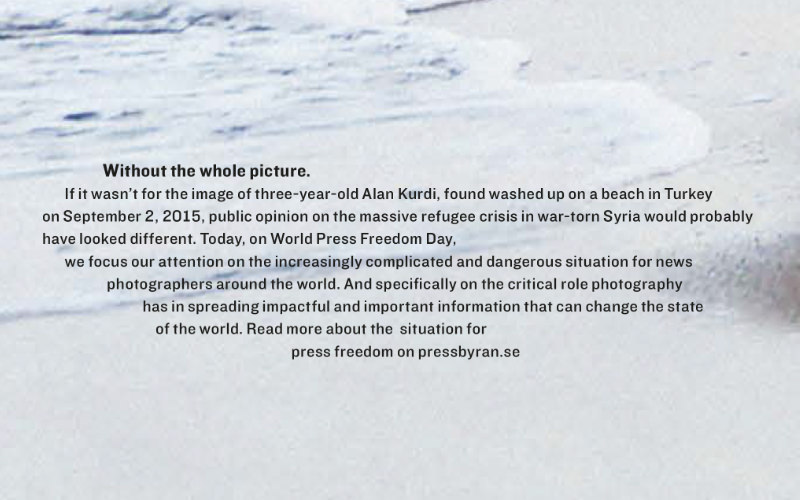 For the 2019 campaign, Pressbyrån, Sweden’s largest seller of newspapers and magazines, partnered with Expressen, one of Sweden’s largest daily newspapers. The team at Åkestam Holst were given a clear brief: the situation for journalists and photographers around the world is getting increasingly dangerous. Could they raise awareness of this problem while highlighting the importance of a free press in a democratic society?

A team of five, lead by senior partners Filip Laurent, copywriter, and Johan Landin, art director, had just three months from brief to print to shape the campaign. Rounding out the team were creative designers Kenna Magnusson and Sara Bellafesta, and graphic designer Jens Broman.

“We decided early on in the process that our angle was going to be the photographers and their importance for press freedom and true, powerful journalism,” says Filip.

Their lightbulb moment came when they covered the solitary man standing in Tienanmen Square with their hands, leaving only the column of tanks. “That’s when we knew we were on to something really good,” Filip confirms.

Shortly afterwards they came up with the line “Without the whole picture”, which initiated a search to find equally impactful images. The final four choices were Jeff Widener's “Tank Man”, Nic Ut’s “Napalm Girl”, Richard Drew’s “Falling Man” and Nilüfer Demir's “Boy on the Beach”. These breathtaking images are easily recognisable and have resonated around the world.

“It was crucial that there had to be one thing we could take away that would change the picture and situation totally,” says Filip. “Practically, we didn’t want the copy spread out, which would have made the impression less distinct. If the photographer hadn’t taken that picture in that exact moment, capturing that one person, it would have been as if it never happened and would have taken away the human struggle.”

Johan adds: “These photos were groundbreaking in different ways but above all they had one thing in common – they revealed the naked truth behind conflicts around the world. By manipulating these images and removing the very essence from them, we got exactly the effect we were looking for.”

The decision to use Nilüfer Demin’s heartbreaking picture of three-year-old Syrian refugee Alan Kurdi washed ashore on a beach in Turkey was not an easy one. “Not least because the work of erasing the little boy’s body was emotionally very challenging for all of us,” explains Filip, “But mostly for our designer Jens who worked on manipulating the pictures. It’s the kind of picture that if it hits you off guard, will make you cry.” 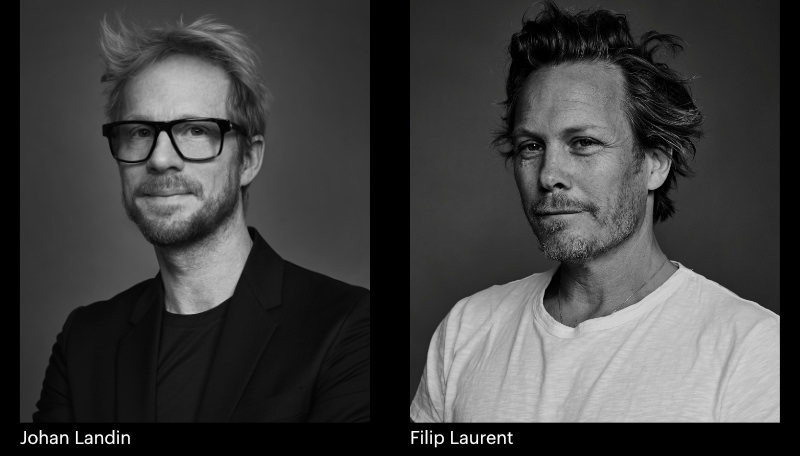 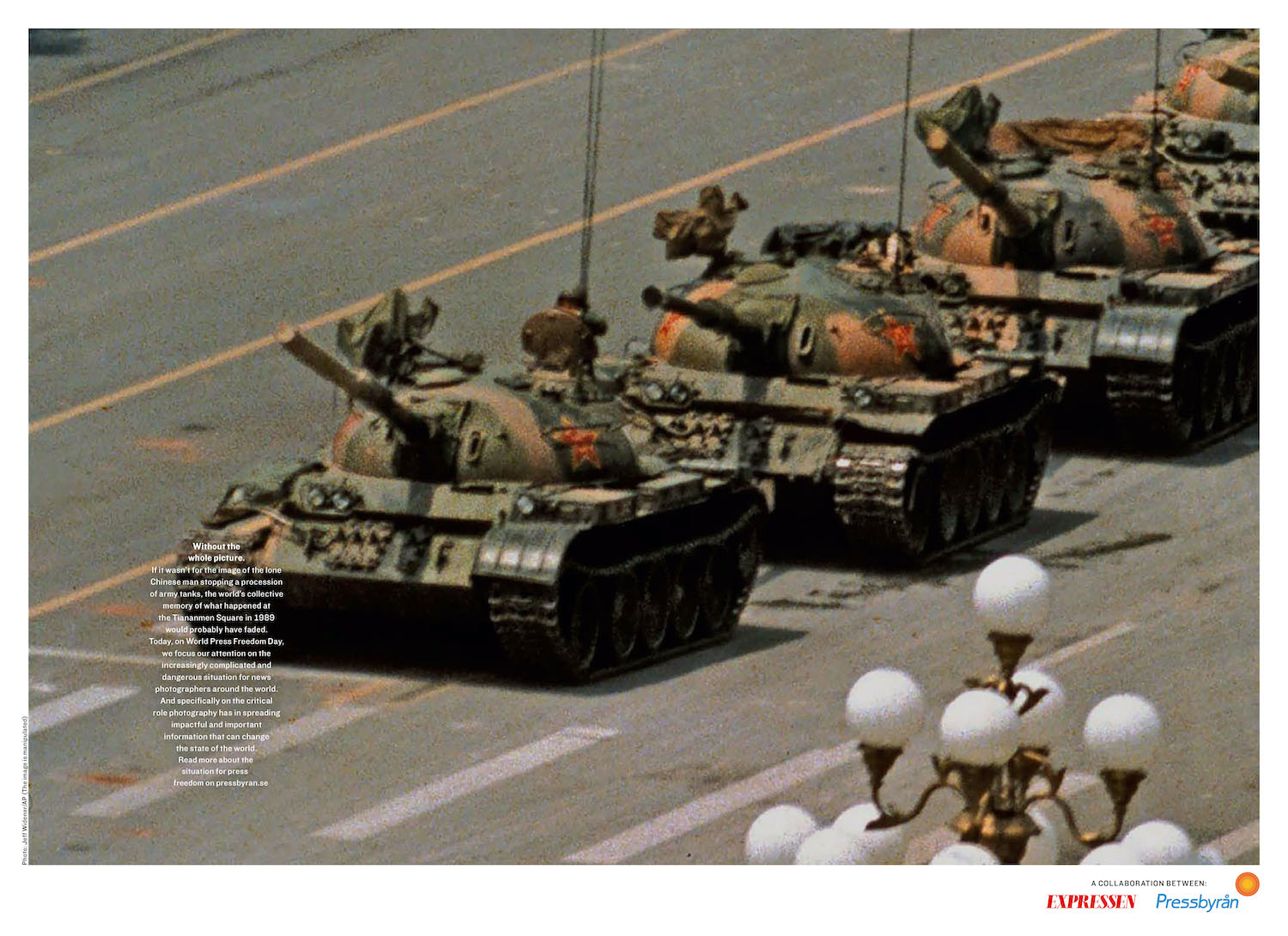 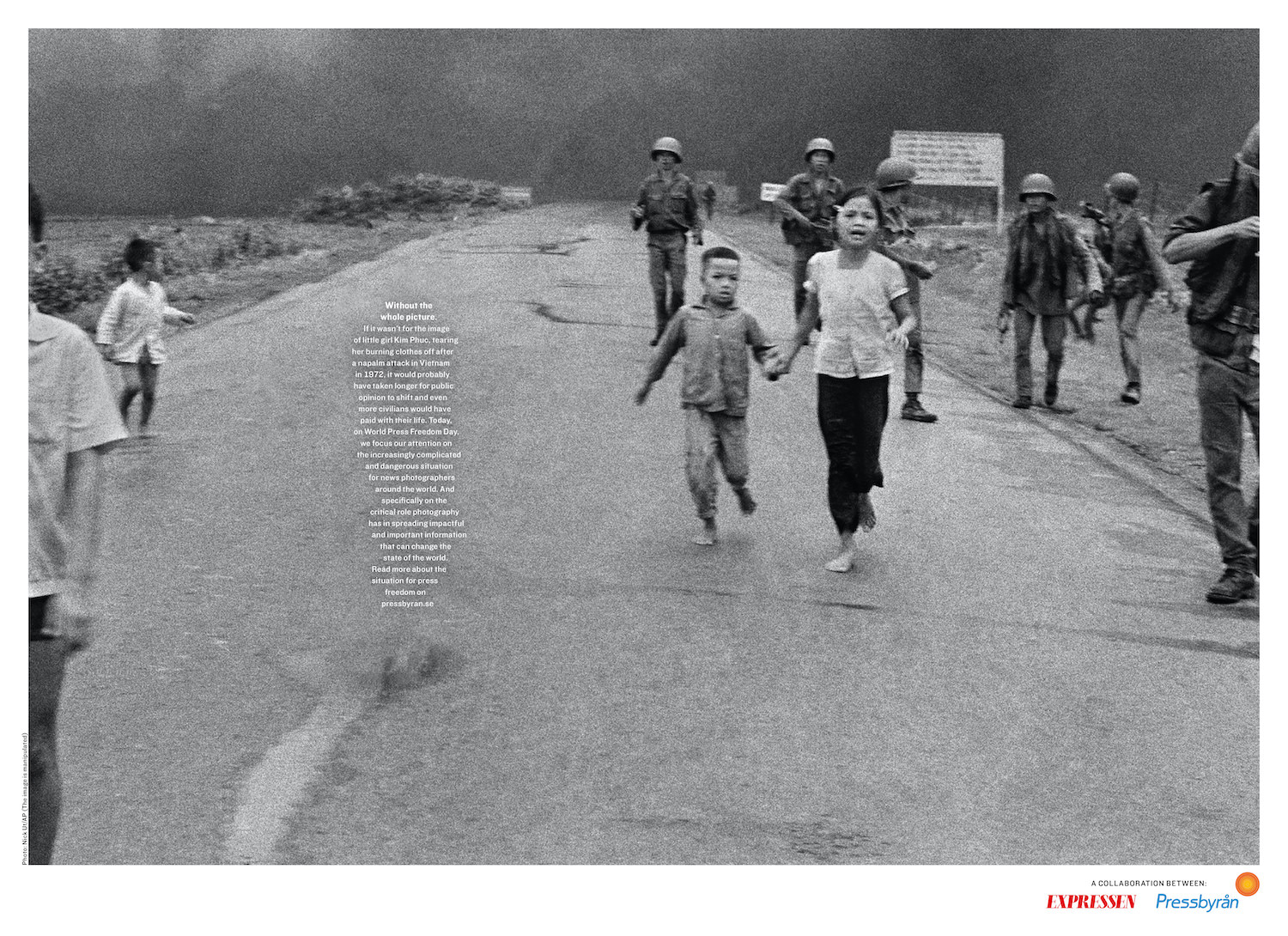 Persuading the photographers was the next step. “We were worried about how they would react considering our idea was to manipulate their iconic work and use them in an ad campaign. We went to great lengths to describe the project and its purpose. The fact that Reporters Without Borders were also involved in the campaign played a part in their decision. Nic Ut was the first to say yes and the others followed,” explains Filip.

The copy that filled the newly empty space gave context to the image as well as highlighting the critical role photo-journalism plays on the world stage. Part of the message reads: “Today, on World Press Freedom Day, we focus our attention on the increasingly complicated and dangerous situation for news photographers around the world. And specifically on the critical role photography has in spreading impactful and important information that can change the state of the world.”

All four images were placed in Expressen, with Falling Man taking over the front page and further spreads inside. They were accompanied by interviews with the photographers who told the story behind them.

“Everyone struggled tremendously to succeed in getting this campaign out,” says Filip. “Partly because it's for a good cause but also because we all loved the idea and saw great potential in it, both creatively and in raising the important issue of press freedom around the world.”

This article appears in the Epica Book 33, to be published in September 2020 and featuring all the winners and selected high-scoring entries from the previous year's awards.