The global chief creative officer of the recently-fused dentsu mcgarrybowen is keeping his feet on the ground despite his international role. 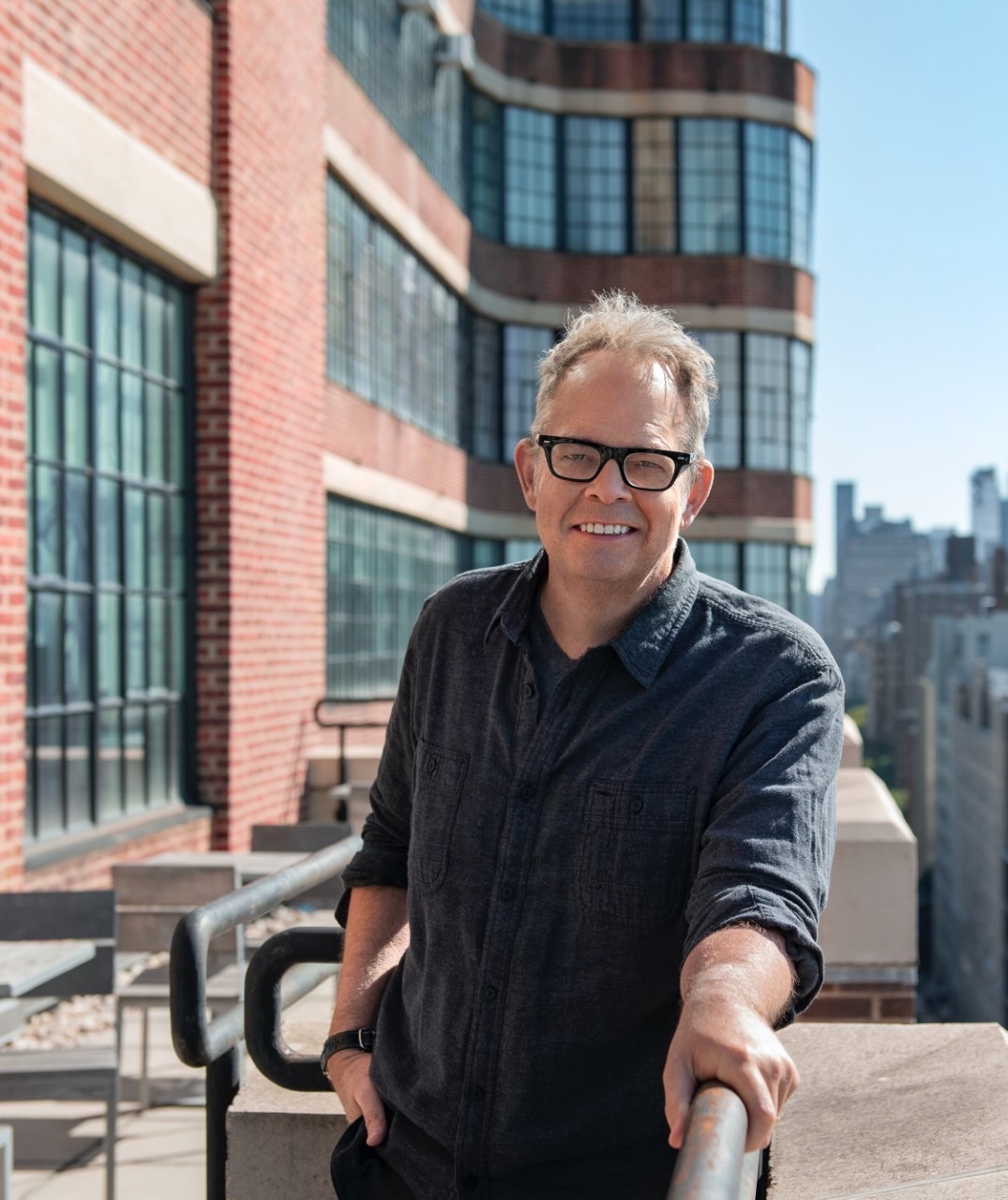 “Before you watch it, turn the lights down, pour yourself a large bourbon – and sit back,” advises Ned Crowley.

He’s not talking about an ad – although he’s made plenty of them – but his award-winning 2017 feature film, Middle Man, a blood-soaked comedy road movie. Think Cohen brothers with a dash of Fight Club.

Ned made the film on a shoestring budget, thanks to the generosity of friends he’s gathered over the course of his advertising career. “These people love making movies,” he told me. “I called some of the special effects guys from Jurassic Park and asked them for advice, because there were some blood effects and things I needed built. They said, ‘Don’t worry, we’ll do that for you.’ I said, ‘You don’t understand: I have no budget. Zero.’ They said, ‘No problem.’ So it was a humbling and really interesting project.”

Ned also writes books for children. All of which goes to show that he’s an all-round creative. And yet, paradoxically, he’s not one for the spotlight. He loves rolling up his sleeves to get to work, or chatting with clients, but he’s never aimed to be a “famous” creative, jetting around the world and speaking onstage at Cannes. “Although I suppose I’ll be doing a bit more of that now.”

He’s referring to his new global role within the recently-fused dentsu mcgarrybowen. Ned has worked for the US agency for 12 years, having left a top notch creative post at Leo Burnett to start mcgarrybowen’s Chicago office when it was just “two guys in a room”.

The agency was almost brand new, having been founded in 2002 by John McGarry, Stewart Owen and Gordon Bowen – veterans of Young & Rubicam. As Ned puts it, “They were seasoned vets looking for a second act, and the only agencies out there back then were either the giant agencies – ‘masses of asses’, as a friend of mine puts it – or young, small shops. There was nothing in between that had the gravitas to pitch for large clients but also the energy of youth. That was their sweet spot.”

They asked Ned to start the Chicago business, and it quickly grew. “We must have answered a real need in the market, because suddenly there were 200 people in Chicago.”

Meanwhile, in 2008, Dentsu acquired mcgarrybowen for an undisclosed sum. “They’d been courted by a lot of holding companies, but what they liked about Dentsu was that it wasn’t a holding company – it was a network. So there wasn’t so much risk of losing their identity.”

Mcgarrybowen continued opening offices across Europe and Asia. “Mostly we aimed for creative centers,” says Ned. “We didn’t put offices necessarily where clients were, we put them where we could get creative talent.”

As the network grew, it required more resources. It had grown up digital-savvy, able to blend traditional with social, but it also found itself reaching out to services like the Dentsu-owned performance marketing company Merkle.

The merged organization is now well-placed to face the challenge of consultancies like Accenture: mcgarrybowen has succeeded partly through a gift for establishing relationships at the top table with industry bosses like Bob Iger (of Disney) or Bill Marriott. Ned himself has worked for Disney for more than 20 years – the account came with him when he left Burnett.

“We’ve also developed a specialism for working in the big platform, organizing idea world. American Express is a classic example of turning a battleship, a large entity, around from being a ‘membership and belonging’ company to more of a ‘backing’ brand.”

It has to be said that extra resources are useful right now, as the agency’s biggest clients face extraordinary challenges. “We’re the poster child for clients you don’t want in a pandemic,” says Ned, with a resigned chuckle. “Disney – theme parks; Marriott – hotels; United Airlines…”

In short, the fusion makes official a relationship that already existed. “Mcgarrybowen was always founded on the idea of ‘clients deserve better’. Clients today are looking for simplicity, so this is really about that. It harnesses the best of the East and the best of West in way that ensures we really do play in the same sandbox. It was time to take the next leap to becoming a global entity, while preserving our heritage.”

This means keeping the agency’s “entrepreneurial, scrappy mentality”, he says, rather than turning into one of the giant conglomerates it set itself up against 15 years ago.

Mcgarrybowen was always founded on the idea of ‘clients deserve better’.

But what will the merger change for Ned himself?

“That’s a good question. I’ve always been a very ‘under the radar’ guy. I like to do the work – but I let the work speak for itself. I never aspired to being a CCO, let alone a global CCO. My passion is creating and writing. But I also very much enjoy client interaction and new business and dealing with big and complex problems. So the challenge for me will be to remain hands on while pulling a lasso around all of the offices globally and getting out there a little more. Even so, I don’t see myself flying around the world and being on every awards show there is.”

He adds that the agency promises to deliver “work that wins in the world”. “It wins with clients, it wins with consumers, and it wins in culture. I’ve always said I’d rather get a brand on the Today show than in an awards show. But my feeling is, if you’re winning in culture these days, you’re gonna win in the shows anyway.”

Above all, he’s determined to stay close to clients. And perhaps that’s the true role of a global CCO today – a lot of the positions that were more decorative have been eliminated. He points out that the agency has always been highly client-centric.

“I believe clients have a right to their own brand – we’re not going to wade in there and inflict something on them. But we’ll try to push their creativity. We’re gracious but tenacious. Also, there’s never a bait and switch. If I’m in the room when we’re pitching, I stay involved in your business.”

Emphasis on “business”. He never kids himself about advertising’s true function. “I always say there are eight other letters in the word ‘advertising’ apart from A-R-T. But that’s why you need a creative outlet on the side, otherwise it can get very frustrating for you.”

He made his movie on a four-month sabbatical. “It was the hardest and most fun thing I’ve ever done.”

It ended up winning the Grand Jury Prize for New American Cinema at the Seattle International Film Festival, as well as Best Comedy and Best International Feature at the Edmonton Film Fest. Ned returned to the agency “rejuvenated”. He still relishes working on Disney – but he’s also interested in applying his surreal, somewhat English sense of humor to smaller campaigns. For instance, Reese’s Take 5 chocolate bar, which nobody had heard of. This problem became a solution for a Super Bowl commercial.

“I’ve always loved a creative challenge,” Ned says. “I used to like taking on a project where there were zero expectations and doing something great with it. If you can really make a difference as a creative, that’s always a big win for me.”

Hopefully, in his global role, Ned will be able to continue rolling up his sleeves and making that difference.