From the indie magazine scene in London to the founding of her production company Frenzy Paris, Elsa Rakotoson has combined talent, determination and a sure eye. 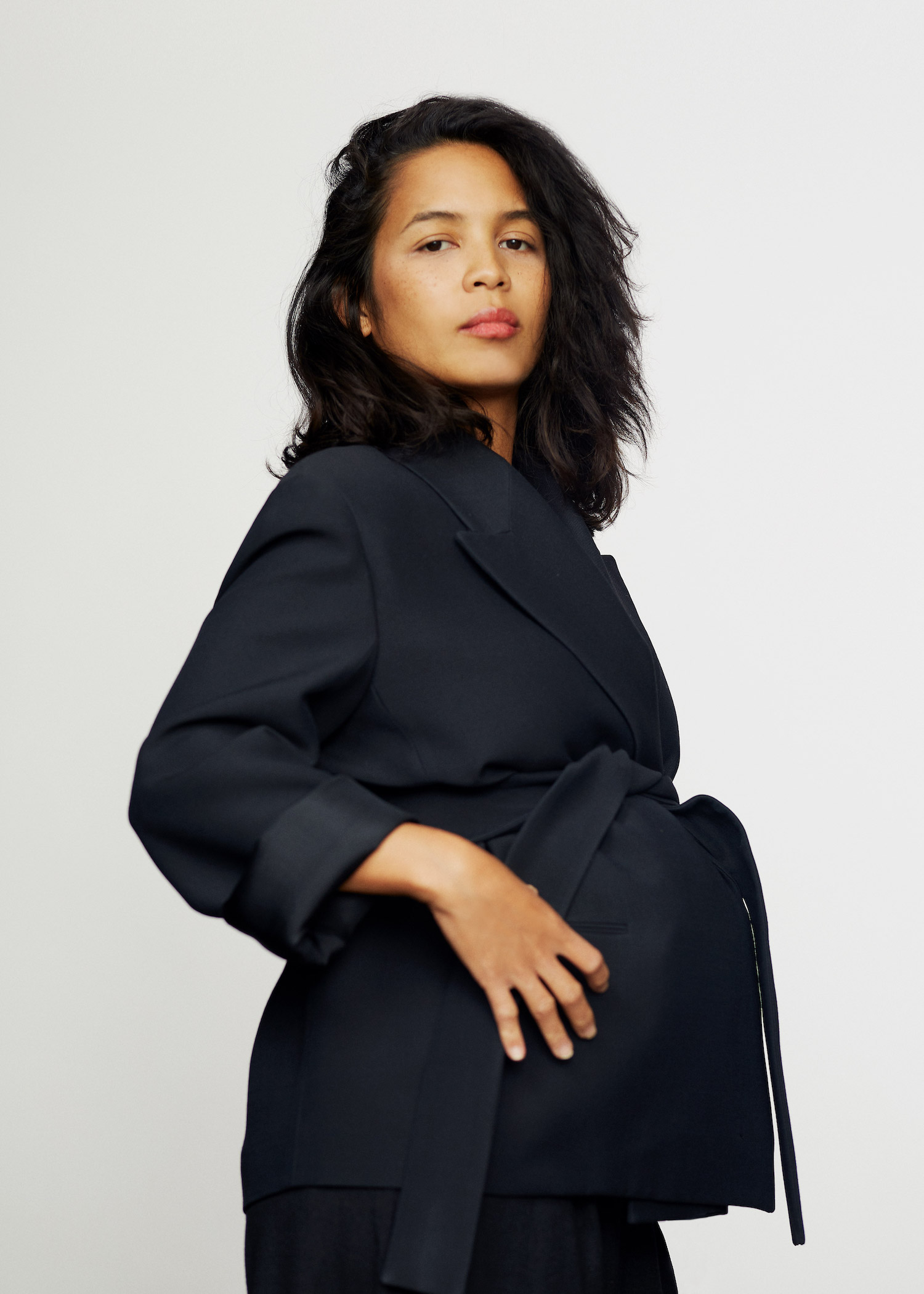 It’s generally acknowledged that there’s a gender equity problem in the production field. There are not enough women producers – or, for that matter, directors. So a woman who runs her own highly successful production company is a rarity indeed.

Meet Elsa Rakotoson, founder and CEO of Frenzy Paris. If you need just one credential, take the company’s breakthrough piece, the wildly entertaining point-of-view video for Lily Allen’s song “Fuck You”. But trust me, there’s far more to Frenzy than that.

Far more to Elsa, too, who’s packed an awful lot into her life so far. She was certainly not predestined to work in a creative profession: her parents, who come from Madagascar, are scientists. “My mother worked in research and development at Alcatel, while my father was a commercial engineer in aeronautics. It was by no means a given that I’d end up where I am today,” she remarks.

Her parents were wary of art school, so a deal was made: business school, and after that she’d be free to follow her dreams. “I wanted to work in fashion, which wasn’t easy because I was studying business, but I managed to get in through the back door with marketing internships.”

Her creative journey led to London, where she plunged into the vibrant world of independent fashion magazines. Elsa interned at Spoon magazine while circulating in a buzzy East End creative milieu whose denizens worked for titles like Pop, i-D or Dazed & Confused. Along the way she was getting an intravenous injection of style, music – and above all, imagery.

Back in Paris, she found its luxury-varnished fashion scene less dynamic. After a stint at one of the city’s “style bureaus” – which track and analyse trends for fashion brands – she found a more stimulating home at the art and fashion bookstore OFR (“Open, free, ready”). There she was surrounded by the familiar covers of magazines, as well as art, design and photography books.

“They also had a presence in major art galleries and museums,” she explains, “so I got involved in organising book launches and exhibitions for photographers. I even helped some of the magazines sell advertising space. It was a really enriching experience.”

In the end she possessed a blend of visual culture, commercial sense and organisational savvy that – unbeknown to her – made her an ideal candidate for film production.

It was her boyfriend at the time who oriented her in that direction, having experienced the production world as a music video commissioner for a record label. Once again, she found a way in by knocking on metaphorical doors. The second one opened, and she was hired by Bandits, as assistant to CEO Philippe Dupuis-Mendel and managing director Helen Gardiner. Bandits was home to top-flight directors like Jean-Baptiste Mondino, Johan Renck and Jonathan Glazer. Elsa’s first step into production, in 2003, was a promising one.

She worked with producer Virginie Dinh on music video shoots, while for Gardiner she coordinated complex international productions. “From Virginie, I learned the three keys to this job, which are rigour, organisation and anticipation. From Hélène, I learned to multitask.”

In record time she discovered how a production house worked from A to Z. She became a talent scout, bringing new directors into the fold, but burned with a desire to produce music videos. After cutting her teeth on a small project, she knew she’d have to deepen her experience elsewhere. She left Bandits at the age of 25.

“I wanted to produce and I was hungry to learn. These days there are more young producers – but at the time people looked at me with raised eyebrows.”

Nevertheless, she began working with a Bandits alumnus at U-Man Films, where director and co-founder Olivier Dahan had just finished his first feature film, La Vie En Rose. Jackpot: actress Marion Cotillard won an Oscar and became the face of luxury brand Dior. Elsa helped the production company develop its portfolio of luxury clients. “As well as working with Olivier for luxury brands, I was able to sign and produce young and up-and-coming directors.”

I learned the three keys to this job, which are rigour, organisation and anticipation.

From reflection to Frenzy

After a rapid yet no doubt exhausting ascent, she needed time to reflect on her future. Three years into the U-Man adventure, Elsa quit to accompany a friend on a trip around Asia. “I quickly realised,” she says ruefully, “that I’m not a backpacker.”

Returning once again to Paris, she was invited by two friends to help them set up a new production house. Elsa notes that, just before she embarked on the new venture, she had another job offer that served as a safety net. But her business school past and network of directors and clients meant that she already held the keys to success. She even came up with the name: Frenzy, after one of the lesser-known Hitchcock movies.

And perhaps the place was destined to become hers, because a year later her co-founders had pulled out of the business, leaving her solo at the helm. Was she daunted? As Lily Allen might say: “Fuck You.”

Allen’s game-changing music video was directed by a trio known as AB/CD/CD (after their initials), adept at combining video with graphics. Elsa got the job through a contact at EMI. The film was created for the internet, as it was doubtful that a song with such a title would be screened on TV. Fun and innovative, the video reaped prizes and put Frenzy on the map. “We travelled all around the world making films for brands using the same concept,” she recalls. “It opened us up internationally.”

It also represented a shift from the era of lavish TV productions to videos for the digital world: a world in which Frenzy found a warm welcome. The company rapidly established its three fundamental pillars. “We have an eye; we know how to spot and develop new talent. We produce; so on our website we don’t have to show films shot by our directors but produced by others. And although we’re French, we work internationally.”

A training ground for talent

Frenzy Paris also stands out in that 80 per cent of its employees are women. “It wasn’t a conscious effort, but I think my own position at the head of the company is an example that motivates other young women to come to us. As an entrepreneur who started early and young, I’m in favour of promoting young talent internally. If people do great work and want to progress, I promote them.”

In that respect, the company is a training ground for talents who will go on to make the entire sector more diverse. Elsa considers that the situation is improving, but urges agencies and advertisers to insist on the presence of female talents at pitch stage. “We can create the offer, but not the demand. The whole industry needs to evolve. If you look at agencies and clients, at the very top of the structure it’s still mostly men. There’s a lot of work to do.”

Talking of work, Frenzy has barely faltered during the pandemic. Its website gleams with awards for brands such as Ubisoft, Renault and Jimmy Choo, as well as music videos. The site also showcases Frenzy’s fashion and luxury work for top notch brands like Louis Vuitton, Versace and Fenty, among others.

The company’s international reach and the breadth of its expertise has protected it somewhat during the crisis, suggests Elsa. “Plus several clients work directly with us, so we’ve been able to work with them to find solutions. We can be flexible. So no – we haven’t transformed into an animation house. We’ve been busy shooting films.”