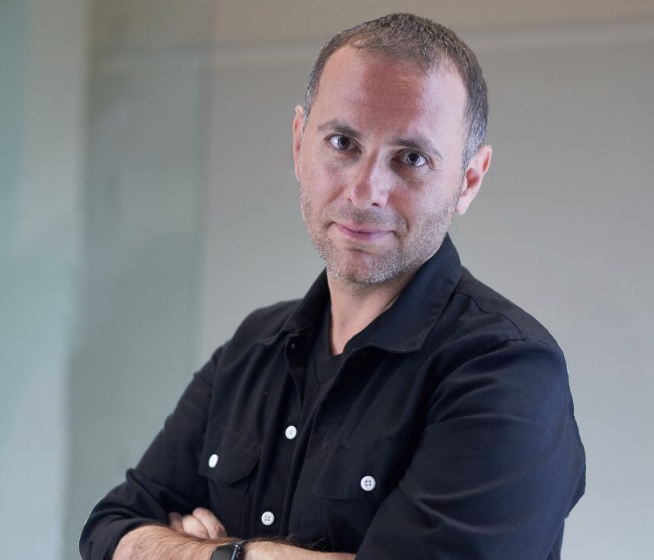 The ECD digital at Ogilvy Paris is helping to usher in a new era of digital awareness.

To paraphrase David Ogilvy, the secret to building a great agency is to surround yourself with people who are smarter than you are. If that’s the case, you want people like David Raichman on your team. At an age when the rest of us were still wondering what to do with our lives, David was pondering the mysteries of life itself.

Today he’s ECD digital at Ogilvy Paris, but his first love was quantum physics. The existential questions this raised led him to spend a further eight years studying philosophy.

“But I had a parallel passion too, which was music,” he recounts. So he explored the world of sound design at IRCAM (the Institute for Research and Coordination in Acoustics/Music) at the Pompidou Centre. Surprisingly, this turned out to be a doorway into the advertising world, when he began working with the interactive design agency Hyptique.

“It was in around 2002, so the Web was relatively young,” he says. “We worked on installations for museums, as well as for clients like Yves Saint Laurent, who asked us to create interactive runway shows, for example. It was at that agency that I learned my métier of interactive design and creativity.”

It was also the first of what David refers to as “the four eras of digital communications”. We’ll get to the others later, but this was the Big Bang. Clients were hungry for digital ideas – and agencies needed talent. Which is when David was recruited by what was then Ogilvy One, in 2008.

A standout project from that period was the Journeys campaign for Louis Vuitton. Mixing video, photography (by none other than Annie Leibovitz) and narration, the interactive site allowed viewers to experience the favourite journeys of icons like Catherine Deneuve, Sean Connery, Francis Ford Coppola and his daughter Sophia, among others.

“It’s a good example of something beautiful and immersive from a time when content was viewed primarily on computer screens, before the dominance of mobile,” David observes.

Following quickly on its heels was the second era, which saw the digital transformation of business; blurring borders between the digital and physical worlds.

“An interesting idea from that time was a digitally-enhanced tennis racket – created for our sports accessories client Babolat – which collected real-time data on its users’ performance, allowing them to improve their play accordingly. The racket became your coach.” 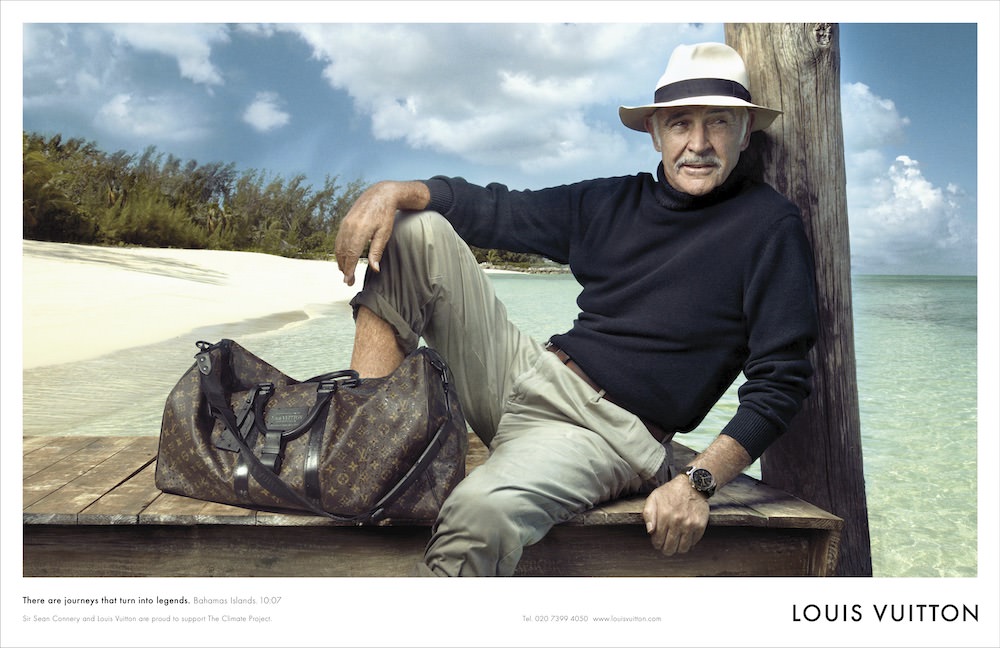 On a larger scale, Ogilvy digitised the ocean liner experience for MSC by equipping voyagers with bracelets that enabled them to make payments, book restaurants and even geo-locate their children on board. “It was perhaps the last giant digital experience of its kind,” says David.

More analogue but no less of a technological feat was Coca-Cola’s “sharing can”. This was an apparently ordinary Coke can that could be split in two, so you could give half to a friend. The industrial design challenge, says David, was daunting. “We used modelling techniques that were barely available at the time.”

We now live in a paradoxical era where millennials are fully conscious of the problems that are affecting our planet, while being hooked on a force that has eaten away at their attention spans and undermined their relationship with real life.

From social to reptile

Ah, “sharing”. Now there’s a word whose meaning has evolved. Once we had to remind our kids that polite children share. Today those same kids are sharing everything – vacation snaps, selfies, their every waking thought – via social networks. Welcome to the third era of digital: social and mobile.

We may have reached peak social, but only a couple of years ago it was where every client wanted to be. The team at Ogilvy took advantage of mobile addiction to spread a serious message with the “No means no” campaign.

Aimed at combating sexual harassment on the streets or on public transport, it targeted male users of certain mobile sites – those concerning sports, for example – with banners showing ever-more insistent messages. A simple demand for their phone number soon escalated into insults and aggression, confronting men with an experience that women face far too often.

Clients are still keen to reach consumers via social and mobile, but David says that a fourth – and more turbulent – era of digital is now dawning. It’s the era of sustainability and awareness.

“We’re only now waking up to what digital technology has done to us. At the beginning, many visionaries felt that the Web would be a democratising force, giving more people access to knowledge and information. Since then, of course, we’ve seen the rise of fake news and online extremism. Not to mention the huge carbon footprint of the servers that store all this data.”

Mobile, he adds, has exacerbated the problem by tapping into our primal human needs. “These are our base instincts, located in the reptile part of our brains. The need for sex, for food, for idleness, for social status and for information.”

These instincts are balanced by the higher functions of the cerebral cortex, which cover speech, reflection, decision making, attention and memory. “The problem is that our industry has put almost all of its effort into creating technology that nourishes the reptile part of our brains.”

Satisfying our reptilian needs causes the release of dopamine, he adds, creating a rush of pleasure. Since mobile delivers instant gratification, it’s a powerful drug.

“We now live in a paradoxical era where millennials are fully conscious of the problems that are affecting our planet, while being hooked on a force that has eaten away at their attention spans and undermined their relationship with real life.”

Having contributed to the problem, says David, the industry can now help solve it. How? By changing human behaviour for the better. Ogilvy Paris has an outfit called Creative Nudge Practice, within Ogilvy Consulting, that specialises in just such operations, based on behavioural science and creativity

If it all sounds a bit – well – cerebral, here’s a concrete example. French rail operator the SNCF was desperate to clean up its most vandalised and urinated upon train station, located in Paris suburb Les Mureaux. Ogilvy introduced elements such as a children’s play area and posters of sports stars, who appeared to be watching over the station.

As a result, vandalism and inappropriate urination have been reduced by 88 per cent. The SNCF will now apply the template to other stations. “Looking at the solution from outside, it doesn’t appear that complex,” says David. “But it’s based on things we know about human behaviour. What we’re doing is hacking the reptile brain.”

“In this new age of wisdom, it’s time to develop a more enlightened approach to technology.” 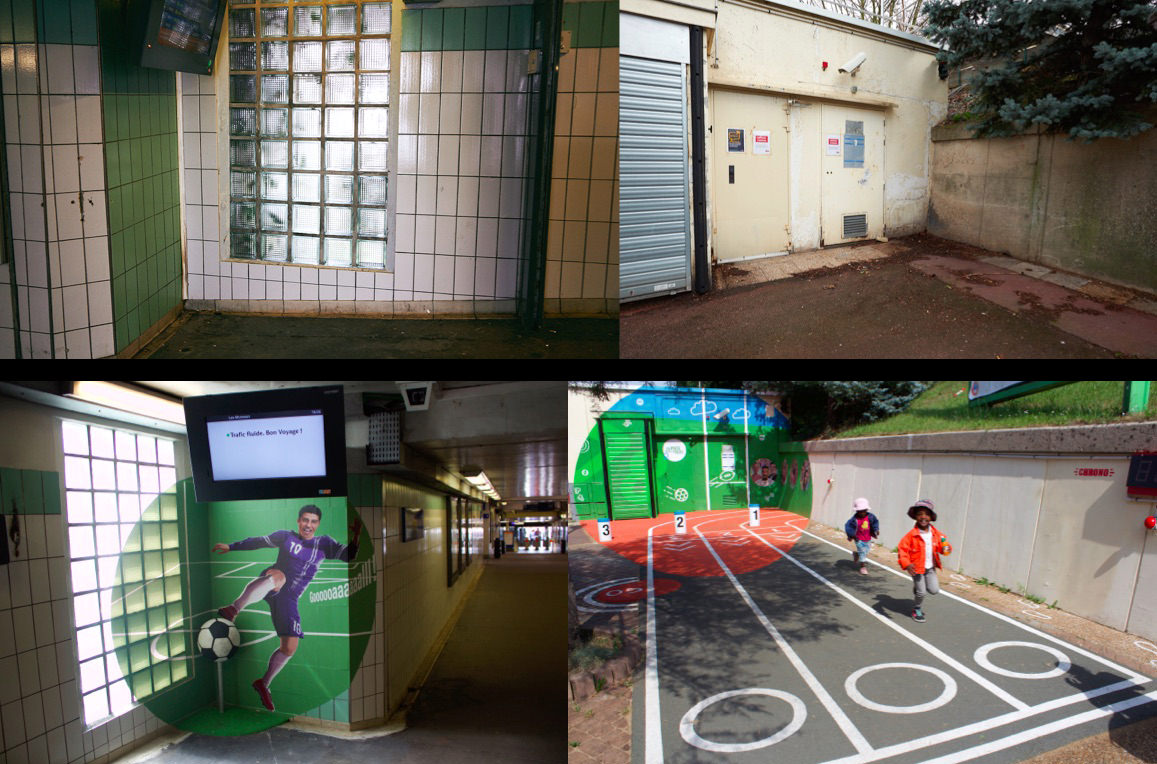