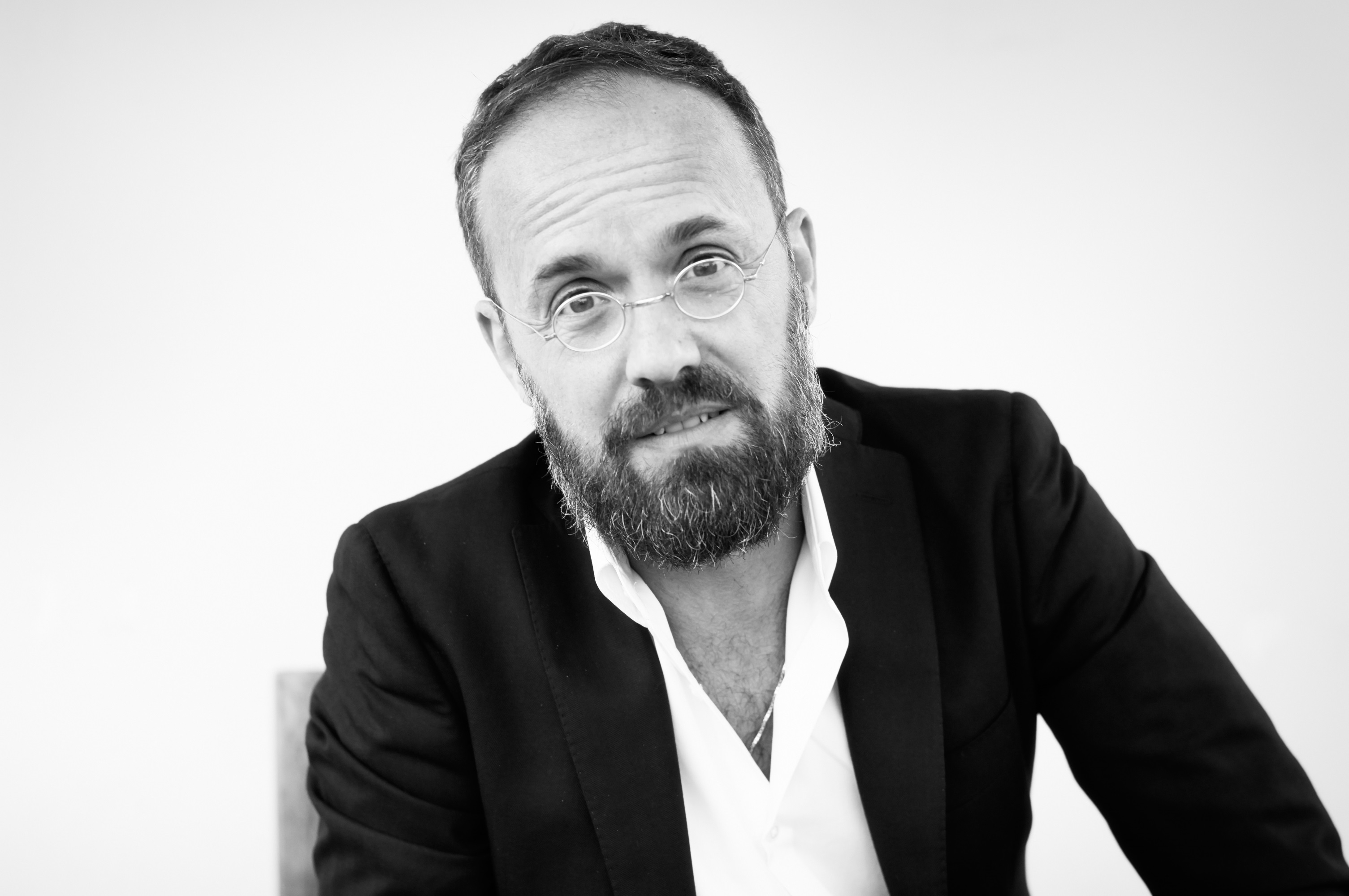 If Alexander Schill fell through a time tunnel and found himself at Serviceplan during the year of the agency’s birth – 1970 – he might feel a bit out of place. The fledgling outfit didn’t put creativity at the core of its offering at the time, admits the man who is now its global chief creative officer.

“Of course the agency had outstanding creative talents on board, but it didn’t promote itself as a creative agency, because other agencies in Germany were focused on that. Instead, the vision of its two founders – Peter Haller and Rolf Stempel, who both came from the strategic communications side – was to provide clients with a more integrated and effective way of working."

Fifty years later, Serviceplan is ranked as the number one creative agency in Germany and has recently been named Leading Independent Agency at New York Festivals, Cresta and LIA. 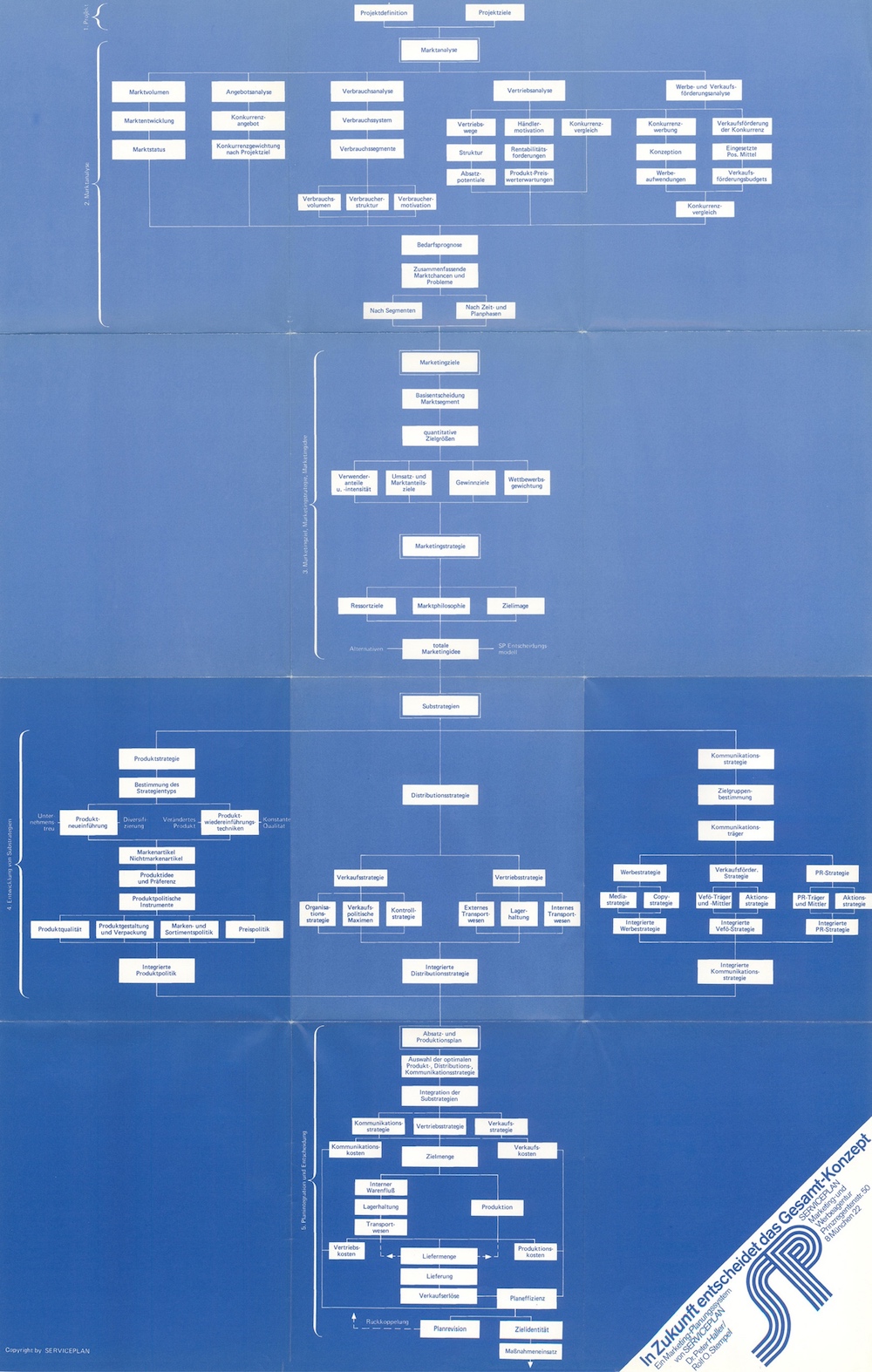 Alex often has to explain the group’s name, which sounds like a hire purchase agreement. In fact it was an obvious choice – because there really was a service plan.

“It’s a blueprint for the agency, created in 1970 by the founders. With this plan – the actual piece of paper – they went to clients and said: ‘This is how we’re going to serve you.’ It’s quite amazing, because when you see how the boxes on the plan are linked, it confirms that they envisioned this as an integrated agency from the start."

It was the template for what Serviceplan has always called ‘The House of Communications’, a line that has now been officially added to its branding as part of the 50th anniversary celebrations. The description embraces the Serviceplan agencies and the group’s other entities – such as largely digital/tech outfit Plan.Net and media operation Mediaplus. It’s a way of reiterating to clients that creative ideas, content, media, data, technology and strategy are all available under one roof.

So what does that change for the creative department?

“Honestly, not much – because this is the principle we’ve always worked under. I think it’s more a reflection of how important this has become for clients. You can tell because some of the big networks have now adopted an integrated model. But we were born integrated, 50 years ago. So our operation has been trained to truly work integrated day-to-day for half a century.”

The group’s agencies around the world incorporate at least the three main pillars – creative, tech and media – in the same building. “It’s hugely important to us that we can talk to one another without having to cross the street.”

Creativity runs through these elements like an artery. “We use the word Übercreativity to sum it up. The idea was that, rather than adding another box labelled ‘creativity’ to the original plan, we should be creative in all areas. Creative tech, creative consultancy, creative use of data. Creativity has to be part of each box.”

In a sense, Serviceplan is 50 years young. The German group may have been born in 1970, but its worldwide expansion and rise to international prominence are fairly recent phenomena. It’s fair to say that Alex has been closely linked with these events.

“For the first 35 years, when the agency was being run by its founders, it was focused on the business success of its clients,” he recounts. “Then when Peter’s son Florian Haller took over, and I joined from Springer & Jacoby in 2006, we started bringing a creative dimension to the business ideas.”

Helped by the fact that clients deeply trusted the agency, Alex was able to add what he calls “the spice of creativity”, with the result that by 2016 Serviceplan topped the German creative rankings. Gratifyingly, he points out, it also took the top slot in the country’s digital, media, design and efficiency rankings.

Asked about the work he most fondly recalls from this period, he cites a 2015 spot for Coca-Cola. A man enters a subway train, starts laughing at something on his laptop, and soon has the whole train in stitches. “The guy was actually a ‘laughing trainer’. It was so easy and simple, but it perfectly captured Coke’s ethos at the time, which was all about spreading happiness.”

As an independent group based in Germany, Serviceplan feels different to its rival networks. Even its ownership model is unusual, because the boss of each agency holds substantial shares in the business. “We always emphasise that we’re looking for partners, not managers,” says Alex. “I also think it creates a different dynamic with the client when they know they’re talking to the owner of the agency rather than a manager with basically short-term interests.”

This entrepreneurial spirit flows into other areas of the group. For example, Alex says one of the most rewarding projects he’s worked on recently is the Dot braille watch.

“We took shares in Dot Incorporated in South Korea from the very start and helped them to create the product. We supported them with designing the watch and the packaging, helped to implement some of the applications and spread the word across media globally. It’s a genuine partnership.”

Similarly, Serviceplan recently partnered with US group Meter, which developed the technology that is decontaminating the soil in Fukushima. Serviceplan promoted this advance with a book made of rice straw grown on decontaminated farmland. “I love the idea of agencies transforming from providers of ideas into true partners with clients in order to solve problems,” says Alex.

Given its holistic model, Serviceplan has always been positioned as a problem solver. So maybe Alex wouldn’t have felt so out of place in 1970 after all. “But if I really fell through that time tunnel, I’d implement the creative power from day one.”

Partnering with clients to solve problems