Lisa Marks, a journalist who contributes to the annual Epica Book and regularly serves on our pre-selection jury, has written a wry but useful “how to” book about her experiences in Hollywood. 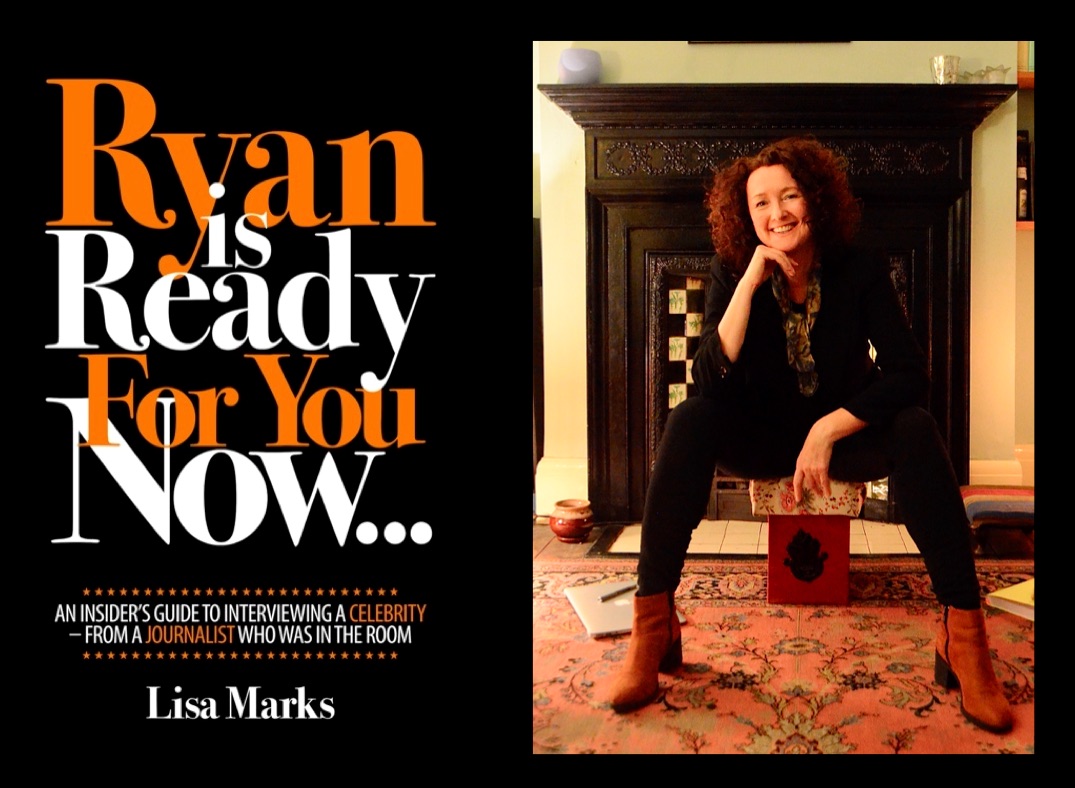 After starting her career on a local newspaper and writing for leading magazines in London, journalist Lisa Marks set her sights on Hollywood. Soon she found herself interviewing A-list celebrities. Now back in the UK, she’d barely launched her unique “how to" memoir on Amazon when it topped the site’s Pop Culture Top Ten. I caught up with Lisa to find out more about Ryan Is Ready For You Now…

You worked in Hollywood for a few years. To use a bit of tinseltown terminology, give us the elevator pitch for your new book?

Ok, here goes. “Ryan Is Ready For You Now...” is a memoir about my career covering the entertainment industry in the UK and Hollywood. It’s an intriguing peek behind the celebrity curtain. Every chapter is packed with amusing, insightful, and sometimes emotional stories, that uniquely relate to the process of interviewing a celebrity. Aspiring journalists will hopefully pick up some useful nuggets along the way as I deconstruct the process. And for star gazers there are plenty of A-list cameos, including one from Ryan Gosling, who you may have guessed is the Ryan in the title of the book. (Did I land that lucrative Netflix deal?)

As a Brit with a successful journalism career in the UK, how did you end up in Los Angeles in the first place?

In 2005 I found myself freelancing at Media Guardian but was ready for a new challenge. I’d written a few movie scripts and have always been a film nut so moving to LA seemed like a natural step. Also, I’m eternally curious and I craved the adventure of living in a new city. I pitched a Hollywood-based weekly film column to The Guardian and they loved it. They sponsored my visa and in early 2007 I relocated to Los Angeles. I was lucky enough to be able to cover the film, culture and entertainment scene for them and other publications. It was absolutely thrilling. My first big Hollywood interview was with Cate Blanchett at the Beverly Wilshire Hotel, so I set the bar high early on.

The book is a beguiling mixture of "how to" manual and memoir. Why did you decide to write it that way?

Across the years, as you can imagine, people have asked me to regale them with my stories of A-list encounters over and over again. And while having a cup of tea made by Keira Knightley, sharing snacks with Scarlett Johansson, or singing at Hugh Jackman became weird realities in my daily life, I realised I was breathing rarefied air and that I should write it all down. At the same time I didn’t just want to pen a book about celebrities for no good reason because that didn’t feel like the right approach for me. I’m also a part time journalism lecturer and while my students enjoy the celebrity anecdotes what really sticks are my insights into how to do the job. They love to hear all the tricks and tips. Believe it or not, there’s more to it than meets the eye. I figured if I could relate my stories to the process of interviewing a celebrity then I could bring a lot more to the book than if I just reeled off all the memorable moments. That’s how it started and once I’d cracked the structure the words flowed.

What's your number one tip for a successful celebrity interview?

For me it’s all about making the person you are interviewing feel at ease. This goes for everyone; from the couple featured in the local paper who are celebrating their 50th wedding anniversary to the highly feted actor who has just won an Oscar. I don’t like to ambush people or have them feel that I’m out to trip them up. That’s not my style. I’m there for a good experience and I hope the person I’m interviewing is too. Another huge part of a successful interview is the energy you bring with you into the room. (I believe in this so strongly that there’s an entire chapter dedicated to the first 90 seconds of an interview.) Bringing good energy will always reap rewards. And thirdly, always do your research. It’s your not-so-secret weapon. A well-researched interview truly is the key to the kingdom.

Sharing snacks with Scarlett Johansson and singing at Hugh Jackman

What was the worst error you made when interviewing a celebrity?

I will hold my hand up and admit that I’m not great at press conferences. In the book I talk about some of my horror stories at having to ask a question in front of a room full of my peers. The one that still brings me out in a cold sweat is asking Sir Ben Kingsley what it was like working with Martin Scorsese for the first time on Hugo. An entire audience of journalists head-swivelled in my direction, shouting in unison: “They worked on Shutter Island!” Cue red-faced me. I’ve also had tape recorders fail on me but luckily I still take shorthand notes so thankfully that’s never seriously derailed an interview. The number one thing to remember if it’s all going wrong is not to panic. Take a breath. I find a sense of humour works wonders in these situations. Use your instincts and you’ll be okay.

It's hard to be an interviewee, too. What techniques should we borrow from some of the celebrities you met if we find ourselves in the hot seat?

I think the trick is authenticity. You will soon be caught out if you’re trying to be something you’re not. The stars I’ve really enjoyed interviewing are generally older, have more confidence and less to prove. The actor Steve Carell springs to mind. They also go that extra mile to make the person interviewing them feel at ease. Try not to be defensive and if you do find yourself in the hot seat and get asked a question you don’t want to answer, just say “I’m sorry, I don’t want to answer that” and move on. A decent journalist will respect your candour. Ultimately try to enjoy the process. If there’s one thing I’ve learned in the year of Covid it’s that human interaction and connection is essential, and incredibly precious. Getting to meet and interview so many interesting people over the years has been a real gift. So whatever side of the table you find yourself on, try to enjoy it.

Ryan Is Ready For You Now is available exclusively on Amazon.com in digital and paperback formats.

THERE'S NO BUSINESS LIKE NEW BUSINESS: CHARLIE MARTYN
Interviews
A CLOSER LOOK AT "THROUGH YOUR EYES"
Interviews
SHEDDING LIGHT ON "SWIPE NIGHT"
Interviews
BEHIND THE MOLDY WHOPPER: THE BACK STORY OF THE TRIPLE EPICA GRAND PRIX
Interviews
See more articles