A new travel brand will offer low-carbon European journeys with a touch of glamour – at accessible prices. Midnight Trains co-founder Adrien Aumont talks about its positioning and identity. 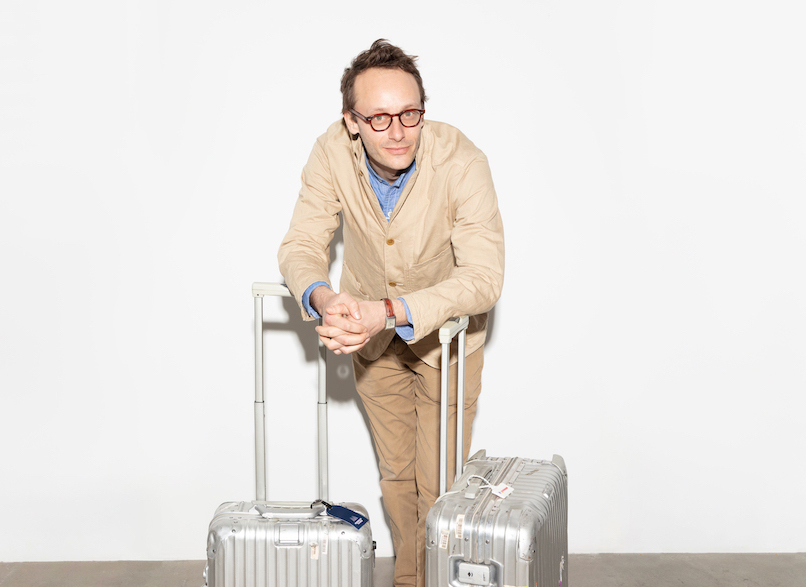 Night trains in popular culture are stylish affairs, with restaurant cars, cocktail bars and elegant compartments. But that form of transport seems to have been killed off as effectively as the victim of Murder On the Orient Express. Take a night train today and you’re likely to be sleeping in a grubby bunk bed in a basic cabin shared with a couple of strangers.

Perhaps not for much longer. French entrepreneur Adrien Aumont and his start-up Midnight Trains will resurrect the “sleeping cars” of the past, but with 21st century trimmings – including a booking app. Starting in 2024, Midnight Trains will eventually whisk passengers from its hub in Paris to over ten destinations, including Barcelona, Berlin and Rome. It may just be one of the leading brands of the future.

Adrien says the idea sprang from a general problem – the carbon emissions generated by European short-haul flights – and a very specific one. “My girlfriend refuses to fly,” he says.

The germ of the idea that became Midnight Trains emerged when the couple took a night train to Milan. “Quite by chance, we had a compartment to ourselves. And to make the journey go more smoothly, she’d bought us the finest charcuterie and cheese in the neighbourhood and a magnum of my favourite wine. She’d also downloaded a three-hour movie I’d wanted to see for a long time. When we arrived in Milan I had to admit it was the best trip I’d taken in at least ten years.” 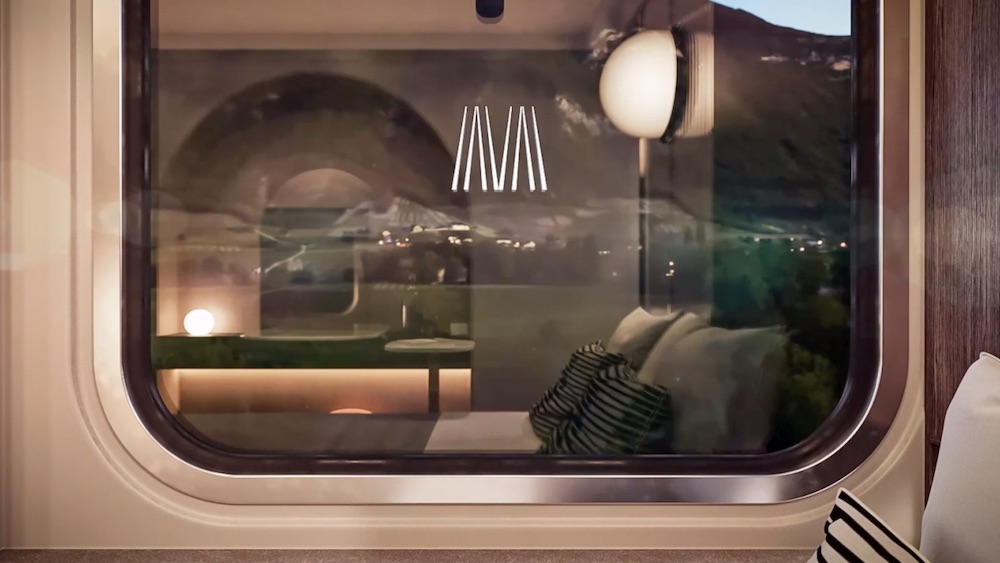 Six months later, Adrien was at a dinner in Athens with his colleague Hervé Marro (now the brand’s communication director) discussing an entirely different project. “Hervé was annoyed that he’d been forced to increase his carbon footprint by taking a plane and said that if there’d been a night train he’d have taken it instead. Suddenly all the dots joined up in my mind. We could compete with the airlines – which more or less have a monopoly on short-haul European trips – by creating a new generation of night trains.”

The ingredients were right in front of him, he says. Private compartments, comfortable bedding, great food and drink, streamed entertainment and sleek décor. The other project was immediately abandoned in favour of Midnight Trains. Will it work? There’s every reason to think so, as this is not Adrien Aumont’s first start-up. In 2010 he was a co-founder of Europe’s first crowdfunding platform, KissKissBankBank – acquired seven years later by the financial arm of the French postal service.

Plus, he says, the timing is right. “Low cost airlines have dominated the market for the last 20 years – but while the prices have become cheaper, the experience has become worse and worse. And the existing night trains, which are unable to compete, have become more and more shabby. Nobody wants to take them, so while people are well aware that air travel is extremely polluting, they continue to fly.”

He points out that more than 80 per cent of the trips between London and Paris are made aboard Eurostar trains. “When a quality train service is available, people prefer it to flying.”

Of course, a train service is the very opposite of virtual. You need locomotives and rolling stock, for a start. The start-up is in negotiations with existing rail transport organisations – which will operate the locomotives – while the carriages are likely to come from a rolling stock company (or ROSCO) which owns carriages and leases them out. Midnight Trains will be able to design the interiors to its tastes. The company will also negotiate with the stations along its route and effectively rent space, rather like airlines rent slots at airports.

“Luckily we plan to have very few stops on each service – the idea is to run directly from city to city.” 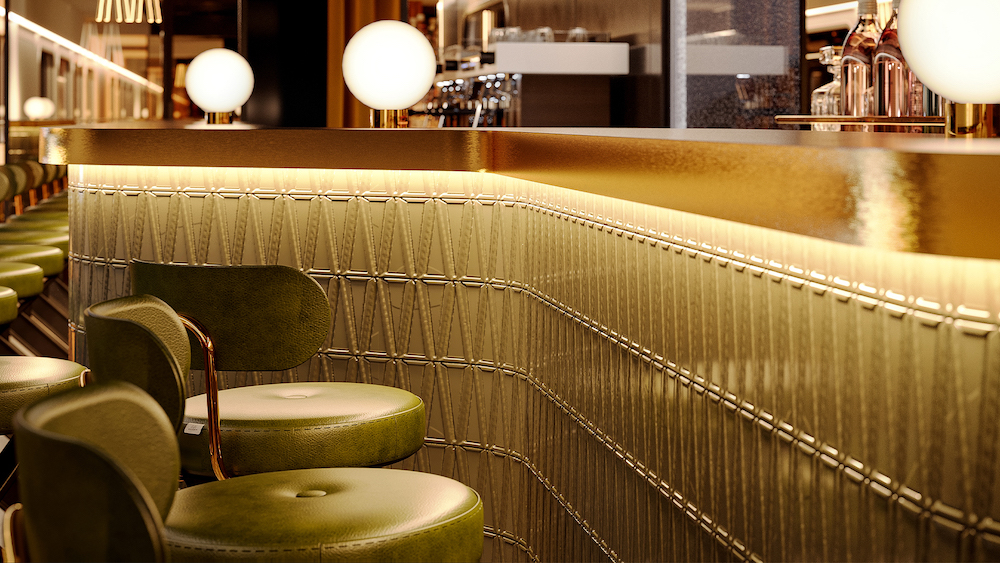 The target market is large – from weekend breakers and vacationers to business travellers – with a mixture of compartment styles and tariffs to suit varying needs. “I’d say what they all have in common as consumers is a taste for quality products whatever they’re buying. They’re likely to buy organic, for example, because they consider it better even if it’s more expensive…”

A fairly upmarket group, then, but the trains will be accessible, with more luxurious options for those who desire them. Families are a particularly important target, Adrien adds, “because flying with kids is a nightmare and so are long car journeys”.

So what about the interior design? It’s difficult to shake off images of the sumptuous Orient Express or Train Bleu. Adrien has called the trains “hotels on rails”. So are we talking Ritz or Marriott? “A train is something built to last, so the design has to be timeless. We’ve often evoked Japanese design: for example the interiors designed by Muji [which also has its own hotels] are a real source of inspiration for us. We’re aiming for something minimalist, ergonomic, artful, and with a touch of style that allows us to stand out.” 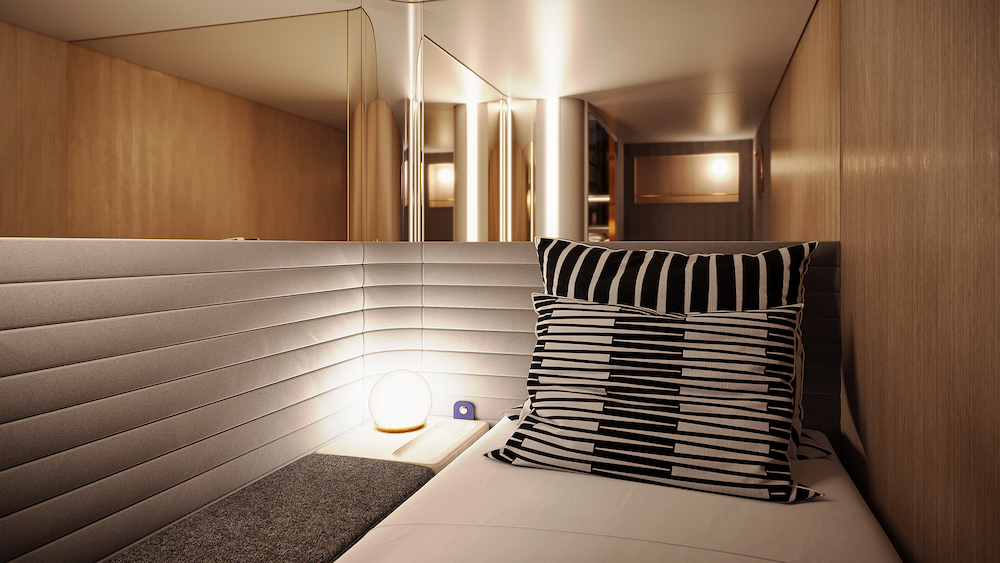 It’s fair to say that the company has a handle on design: the branding and the logo, as well as the website, are simple yet stylish. The brand’s artistic director is Yorgo Tloupas, who has lent his vision to everything from the French version of Vanity Fair to chic ski brand Black Crows – and his own Greek café. “He supervises every aspect of our design, from the logo to the interiors,” says Adrien. “He’s one of the best designers working in Europe today.”

To sum up, Midnight Trains is the brand many travellers have been waiting for. When do tickets go on sale? “At the end of 2023 or the beginning of 2024.”